Emin voted Tory 'to get better deal for foxes'

“You only have to see their little faces to know they enjoy the thrill of the chase as much as anyone.”

I would show hotel maids my slides, pledges Brown 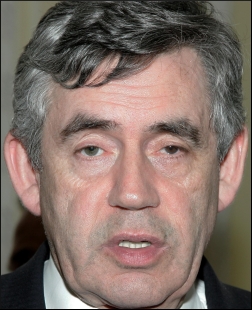 GORDON Brown has said that if he becomes head of the IMF the worst thing he would do to a hotel maid is make her incredibly bored.

Brown hopes to resurrect his chances of taking over the IMF after current head Dominique Strauss-Kahn was arrested for being a Frenchman in an enclosed public space.

Strauss-Kahn, who was also a potential challenger to President Nicolas Sarkozy, will have his DNA tested later today to determine exactly how French it is.

But police sources in New York said Strauss-Kahn’s belief that any woman would want to leap on board his naked, 62 year-old body suggests he may be comprehensively French.

Meanwhile the former prime minister insisted maids, butlers and other domestic staff would have nothing to fear stressing that not even Ed Balls had seen him naked.

He said: “If a maid came into my hotel room I would at least be wearing a pair of dark grey protestant long johns and my roll neck reading sweater.

“I would say a brief ‘hullo’ and if she was up for it I would then explain to her, using my slides, why bankers and not politicians were to blame for the financial crisis.

“If that does not make her cry then I might give her a half-hour potted biography of James Maxton, the great Glasgow socialist, before reciting from memory all of Raith Rovers results from 1987-88.

“A fascinating season that included five matches against Stenhousemuir.”

He added: “I would only pull-out post neo-classical endogenous growth theory if I felt the situation was becoming critical.”