THE DJ at Pippa Middleton’s wedding is ready for several hours of sheer hell, he has confirmed.

Local disc jockey Tom Logan is getting £250 plus a ‘staff meal’ to play so-called ‘party anthems’ to a crowd of royal freaks, demanding would-be posh people and drunk bankers.

He said: “I need the money, but I’m under no illusions. It is going to be gruesome.

“Normally at these sorts of things you can bang out a bit of charty hip hop during the quiet bit, then chuck on some Abba and Luther Vandross for when everyone’s pissed – job done. But there’s going to be so many knobheads at this thing that I know it won’t be smooth running.

“Within ten minutes someone called Piers will be barking in my war about whether I’ve got anything ‘less fucking shit’ while demanding he plugs his iPhone in so we can hear something from his snowboarding playlist.

“Pippa’s mum has already provided a list of songs that are ‘too common’, which includes anything by Oasis, Black Eyed Peas or Ace of Base. 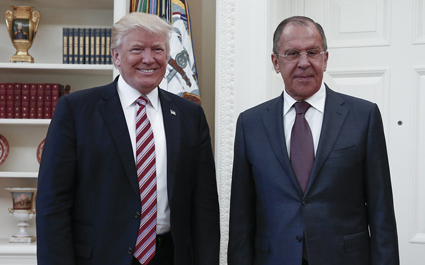 THE White House has clarified that the new scandal about Russia is completely unconnected with its previous, different, Russian scandal.

Spokesman Sean Spicer have warned reporters against linking Trump’s supplying of classified information to Russia with Russia’s interference in the US election, stating the two ‘could not be less alike’.

He continued: “Honestly, these two Russia scandals are essentially opposites – one is disinformation coming in, the other is valuable information going out. That they are getting lumped together is a sad commentary on American journalism today.

“Not only is it lazy, it betrays a lack of trust. You don’t think this administration can handle two scandals concurrently?

“See? Not even the same naming system. That’s how different they are.”