THE tedious televised nuptials of Princess Eugenie and some bloke will be more fun if you’re pissed, so play our royal wedding-themed drinking game.

Although after spending eight decades doing this sort of nonsense you can’t blame Queenie for being a bit jaded and only able to crack a smile when she sees a horse or a massive gin.

Harry and Meghan’s wedding is mentioned

Eugenie’s wedding is creepily identical to Harry and Meghan’s, so comparisons will be made. However, given that Jack Brooksbank is a forgettable tequila ‘ambassador’ and Meghan is a glamorous American from the telly, it’s still going to look a bit Poundland.

Red-faced, over-excited and trying to hog all the attention, Fergie is the nation’s most embarrassing mum, even when she’s not sucking some bald bloke’s toes. (Have an extra drink at this point to blot out that mental image.)

Princess Eugenie doesn’t have any royal duties, so pissing taxpayer’s money up the wall on her wedding has to be justified somehow.

Take a drink if you spot Robbie Williams, Cindy Crawford or either of the Beckhams picking their nose or yawning. Down it in one if it’s a D-lister there to make up the numbers, eg. Dean Gaffney or Myleene Klass.

Man in his 40s still dicking about with his hair 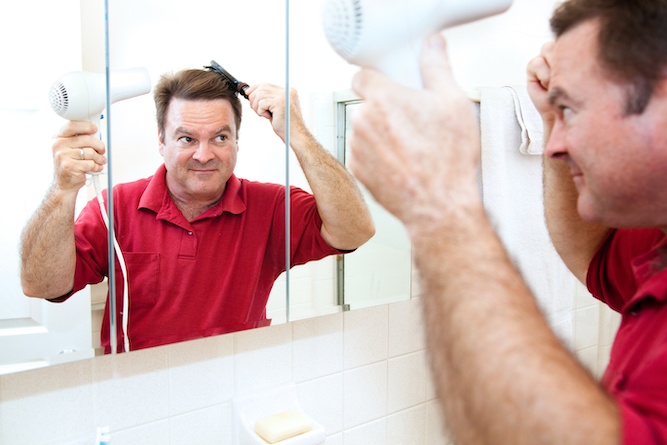 A MAN is still experimenting with fashionable hairstyles despite reaching the age where it is pointless.

46-year-old IT consultant Tom Logan most recently opted for a spiky gelled look, which has the unfortunate effect of highlighting his much older face and body.

Friend Wayne Hayes said: “Tom resembles an overweight member of a boy band who’s been prematurely aged in a time machine. I’m pretty sure that’s not the look he wanted.

“Tom’s had a quiff, Paul Weller hair and something called ‘frosted tips’. However the style he should be getting is ‘generic dad hair’, because then we can all stop cringing for him.”

Logan said: “I love it. Next time I might get something shaved in or dangle some beads off my fringe. You’ve got to move with the times.

“There’s something about a man in his forties with cool hair and really fashionable trainers that just seems to make everyone smile.”