AN ingenious couple have saved themselves a whole day of queuing at Thorpe Park by just emptying their wallets into the toilet.

Parents Emma and Nathan Muir decided to calculate the cost of the day and flush it, while making their children form queues in the comfort of their own home.

Dad Nathan said: “The kids have been begging to go to Thorpe Park for months, but once they’ve stopped crying and threatening to run away they’ll see this is actually better.

“Instead of getting up at 5am and having a three-hour drive with the children punching each other all the way, we got up at a sensible time and watched a slideshow of motorway traffic.

“Then we got the full theme park experience by standing in a line in the hallway for an hour and a half. There wasn’t a ride at the end of it but they only last a minute or two anyway.”

Emma Muir agreed: “It’s not like they’re missing out. Later we’re going to make them queue for ages outside in the rain. Then they get one go each on the slide while I take a picture on my mobile.

“Then they can decide whether to buy the picture for an extortionate £20. It’s expensive but it’s nice to have a reminder of such a magical day.”

Gay rights have gone to kind of a weird place, campaigner admits 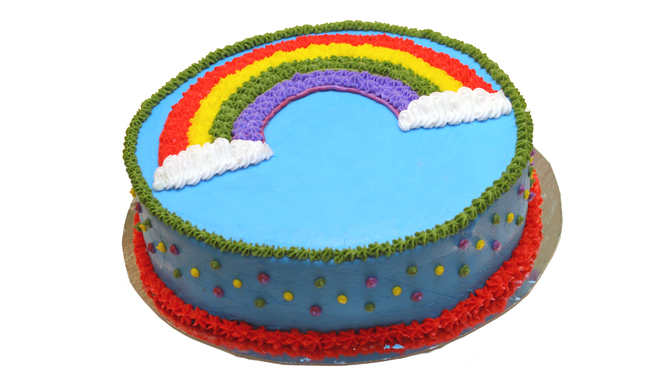 A LIFELONG campaigner for gay rights has admitted he never expected the battle to become quite so cake-focused.

After spending decades fighting to be treated fairly, Joseph Turner is slightly perplexed by a row over his right to have a Bert and Ernie cake made for him by homophobes.

“I’m not saying we give up the struggle, it’s just that the right to live, love and marry felt a bit more tangible than a row over sexually ambiguous edible Muppets.

“I remember when the very practice of homosexuality was illegal. I remember Clause 28 when Thatcher thought obscure text books would turn everyone gay.

“But now we’ve got gay MPs, gay bars in every town and mums throwing coming out parties, are the cakes really that important? Maybe it’s just because I don’t like cake that much.”

He added: “I’d always assumed cakes were gay anyway. I mean just look at them. They’re not straight.”