A PHONE that was not charged properly now plans to be a real pain in the arse by looking as if it will run out of battery at any moment.

Although office worker Emma Bradford plugged her phone in last night she did not turn the charger on at the mains, for which she will hate herself all day.

Bradford said: “How could I have been so stupid? I’ve basically got a day of worrying that my phone will go dead before some momentous news comes through.

“My phone’s always a bastard if it’s not charged properly. It’s almost as if it’s doing it deliberately because it’s pissed off, but that’s clearly a ridiculous idea.”

Samsung Galaxy Norman Steele said: “Do you people even begin to understand what it’s like having to listen to your inane conversations and text gibberish with just 11% charge?

“Just charge me properly. No ifs, no buts, just do it or I’ll stop you reading BBC News during a boring bus journey, even though it’s not very interesting and you’re just desperate for something to do.”

Bradford added she would only be giving her work about 30 per cent of her attention today due to constant fear that she might be missing important messages.

Tesco to scrap 'best before' dates because they are bollocks 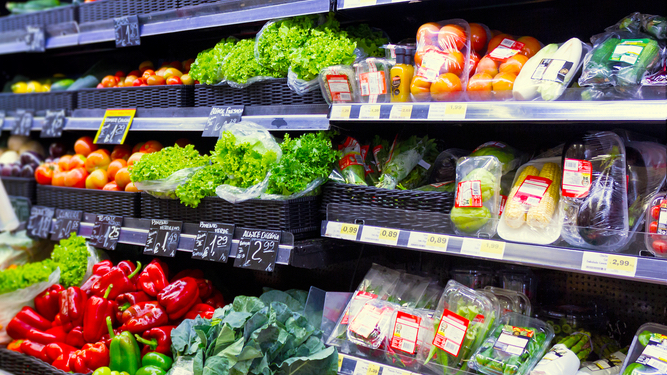 TESCO is getting rid of ‘best before’ dates on fruit and vegetables because they are all made up by a bloke in packaging anyway.

The supermarket has admitted the dates are a random mixture of staff birthdays and rough guesses about when food will turn manky.

A Tesco spokesman said: “We’ve decided we should stop people throwing out perfectly good food just because it’s Steve in the warehouse’s birthday or something.

“We only put ‘best before’ dates on to look as if we’ve got a sophisticated scientific system, but a staff member may have just used some random digits from their mobile phone number.

“Quite frankly if you haven’t noticed an orange is covered in green mould you’ve got more to worry about than our packaging policy.

“We are firmly committed to reducing food waste. However when it comes to placing fruit and vegetables in pointless plastic packaging, we’ll be doing that until the ice caps have melted.”

Food safety expert Tom Booker said: “As a general rule of thumb, if food tastes like shit it’s probably past its best.