MOTORSPORT boss Max Mosley has accused the press of stealing his dignity rather than the gang of whores he paid to thrash his quivering buttocks with a riding crop.

The FIA  boss said: "I would get undressed in a very dignified manner. Then two of the whores, both reeking of dignity, would drag me to a chair where I would be forced to bend over and present my buttocks with more solemnity than the Queen Mother on Remembrance Sunday.

"I'd then be strapped to the chair with a pair of very dignified leather thongs before the most respectable of the whores started screaming at me in a well- educated German accent.

"Sometimes I would ask one of the whores to put on my Deacon Blue CD so I could sing along while they thrashed all the shame out of me."

Reciting a song from the album, Mosley added: "And I'll sail her up the west coast, through villages and towns. I'll be on my holidays, they'll be doing their rounds.

"Only this time do it much, much harder."

Fears Grow That Red Riding May Have Been Shit 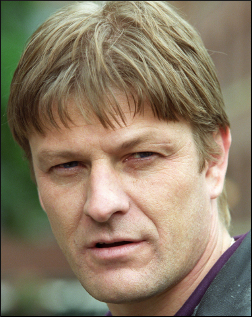 FEARS were growing last night that the landmark television series Red Riding may have been a lot of shit.

However, this initial enthusiasm has been tempered by the growing realisation that someone had forgotten to include a plot and that no one could really understand what anyone was talking about, or what the hell was going on.

Julian Cook, an accountant from Bexhill, said: "It was so authentic, sometimes you felt you could smell the warm beer and black pudding sandwiches, which was helpful because although there was talking, no recognisable sounds were coming out.

"I thought I heard a policeman say 'This is the north son, we do what we like', but I couldn't have as that would just have been a terrible, terrible cliché. Apart from that though it may as well have been two hours of dolphin chatter."

His wife Alice said: "I found it easy to follow. Sean Bean killed the girls and then opened up a carpet warehouse on top of an old Indian burial ground.

"The police and his wife knew he was a serial paedophile murderer but did nothing about it because it was the Seventies. But this reporter Eddie did, and he had a map on the wall and pictures of dead girls which he drew arrows on, and a Vauxhall Viva.

"But then the police tortured Eddie and killed his girlfriend so it would drive Eddie mad, so he would kill Sean Bean, which you think they could have done themselves if they really wanted to.

"But in revenge Eddie got this dossier on police corruption, which another reporter had drawn up before he was murdered by the police, and then he gave it to the police who obviously burnt it.

'Actually no, you're right, that does sound like a lot of shit."