TODAY is the memorial service for Prince Philip, the Duke of Edinburgh, who passed on after 99 years not giving a bugger what anyone thinks about him.

Born into Greek and Danish royalty, the young prince began not remotely paying attention to other people’s idiot opinions while fighting for the Royal Navy in World War Two despite three of his sisters being Nazis.

Having already begun chatting up Princess Elizabeth via letters, the WhatsApps of their day, Philip then chucked out his other Royal titles, took a new surname and married her, all because he wanted to.

He continued to sail ships around the Mediterranean as if it was his own private yachting pond until 1952, when his wife became Queen and he had even fewer restrictions on doing whatever he liked at any given time.

By the end of the 1950s the Prince had entered a golden age of saying whatever he felt like and not caring. Remarks about Canadian children being fat caused widespread offence and led to the founding of the Duke of Edinburgh Awards.

Also accused of insulting deaf Welsh kids, joking about a veteran’s blindness and upsetting the Chinese, at no time did the Queen’s consort give even a hint of a bugger.

Still driving on public roads until the age of 97, when an accident that bothered him not even slightly saw him give up his licence with a shrug, the Duke is thought to have remained blissfully oblivious to the disapproval of others until his final days.

His memory will be an inspiration to all who are rightly unconcerned about the opinions of strangers. May he rest in peace.

Shoddy parking, and other reasons your dad wants to bring back hanging 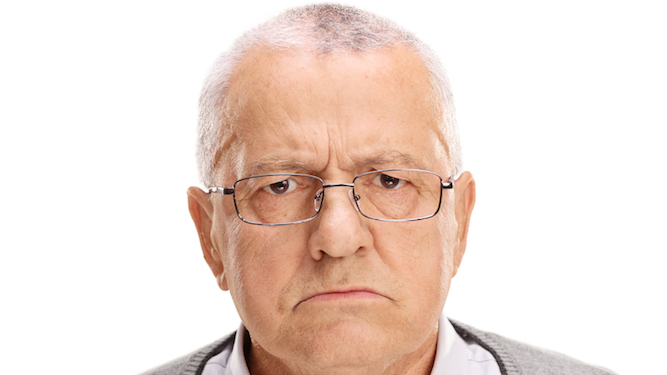 CAPITAL punishment was abolished in 1964, which was too soon, according to your dad. Here are some random irritations that make him long for the days of the hangman’s noose.

Nothing will get your father calling for a hanging quicker than dog shit on the pavement. Not even murder or treason, which it was designed for. ‘It’s the owners who are the real animals,’ he’ll say, suggesting there’ll be no leniency for people who genuinely forgot their poo bags.

A constant annoyance to your dad, as he is an expert behind the wheel. He owns driving gloves, has watched all of Top Gear, and always reverses into parking spaces, no matter how unnecessary it is. Has someone’s front wheel crept three millimetres onto the white line? If it was up to dad, they’d be headed for the gallows.

He has no idea what they’re up to, but inevitably it’s ‘no good’. Their crimes range from ‘waiting for a bus’ to ‘trying to get off with a girl from the year above’. But rather than do something positive like helping at the local youth club, your dad feels the solution to youth delinquency would be Albert Pierrepoint.

‘They don’t make footballers like George Best anymore,’ your Dad never tires of telling you. And in his more irate moments of watching the footie, any footballer who takes an obvious dive ‘wants stringing up’. Another capital crime in your dad’s eyes is any sort of injury, or needing a stretcher. The Premier League would be a bloodbath if your dad was in charge.

They think they own the streets, don’t pay road tax and look truly harrowing in lycra. As far as dad is concerned they can all go to the noose. But to be fair to dad, he also believes that elderly drivers, anyone in a nicer car than him, and people who don’t let him merge into traffic should also be hung by the neck until dead.