PRINCE William has admitted wearing a polo shirt to his Earthshot awards to cover up his six new ill-advised neck tattoos.

The Duke of Cambridge, who a sycopantic media compared to James Bond even though he looked a dick, confessed he only put on the unfashionable item to cover his ink.

He said: “Harry was taunting me by text listing all the things he can do – star in movies, live in California, have affairs with non-horsey girls – and it was pissing me off.

“One of the things was tattoos, and he’s wrong about that because great-grandad had them and he was King so I thought ‘f**k you’, drank some cognac and got myself a neckful.

“I’ve got the kids’ names obviously, and there’s three of them so that takes some room, then I thought I’d better get granny on there in case she kicks off, so the artist copied that off money.

“Then for the other side I went for something more personal, so I got the Linkin Park logo and that famous bum shot of Gail Porter. It’s a fantastic likeness but apparently I should have run it past the wife first.

“I look great, like a Love Island contestant, but Kate made me put on the old Steve Jobs. Weird. She was fine with the Prince Albert.” 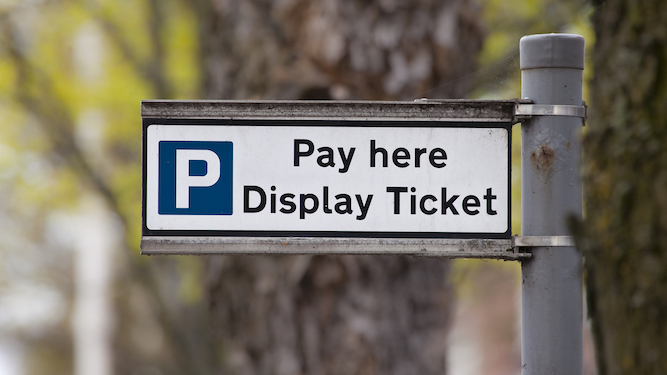 The car park, conveniently located in woodland off the A63, has been in use by local deviants ever since motor vehicles first became popular in the 1930s.

“Until now, this car park, which is free after 6pm, was where I came every Friday to peer into an Volvo V60 to watch a local butcher do his wife. I had no idea there was such history here.

“It’s genuinely moving to that generations of my family could have been coming here to watch strangers having public, loveless sex. Perhaps some of the older regulars even saw me conceived.

Local historian Eleanor Shaw said: “Now when my husband finds out I’ve been coming here since 1998 I can pass it off as research.”