'Queen nice, rest of them arseholes': the key points from Meghan's interview

Her Majesty a nice old lady

As ever, Elizabeth II has emerged from the whole affair in credit as a pleasant nonagerian who likes dogs, flowers and children. The Sex Pistols’ claim that ‘she ain’t no human being’ has been comprehensively disproven. Though it is possible that she only seems nice in contrast to the rest.

The rest of them are bastards

In days gone by, royals would poison each other, order executions, raise armies against each other and have rivals imprisoned for life. Hardly surprising that centuries of inbreeding have only heightened these instincts, but they’re not allowed anymore so they have to get the tabloids to do it for them.

There can be absolutely no doubt that the flowers and apology Meghan received from Kate before her wedding were accompanied by a cuttingly polite and entirely insincere note that should have left the bride-to-be in shreds. However she took the gesture at face value and believed it was genuine. How American can you get?

Your divorced dad, who cheated on your mum loads then used his connections to smear her and keep all his cash and houses, isn’t speaking to you because he doesn’t like the way your wife behaves. Any child of divorce will find this entirely unsurprising, and cannot imagine Harry is missing those calls about ‘bloody modern architecture’ one bit.

Someone called Tyler Perry is involved

Harry and Meghan have fled white British royalty straight into the arms of black British royalty, staying at the California house of Tyler Perry and being interviewed by Oprah. They’re just as rich as our Royals but have even more control over the media because they own chunks of it. F**k no, Harry and Meghan are never coming back.

Meghan is expecting a girl

Meghan is pregnant! Of course, this was announced a month ago but you’d be forgiven for having forgotten entirely, given the vicious, vitriolic roasting she’s received recently. Compare with Rebekah Vardy, who we were repeatedly told should be treated with kid gloves while with child. Wonder what the crucial difference between them is? 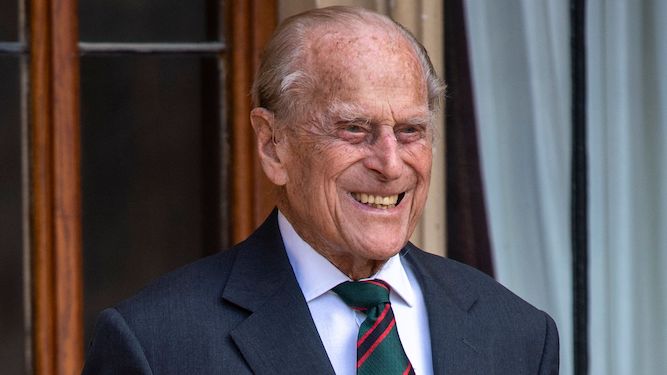 PALACE experts have confirmed there is ‘no way of knowing’ which senior member of the Royal family was openly concerned about how dark Archie’s skin would be.

The sensational claim, made by Meghan Markle in her Oprah interview, has the public guessing which Royal could possibly have said something spontaneously and bluntly racist.

Former equerry Julian Cook said: “We’re looking for a senior Royal who has a history of making insensitive remarks. Someone older, perhaps, whose attitudes are not quite in step with modern times.

“It would have to be someone with a habit of saying what’s on their mind, no matter how shocking to others. It could well be someone so senior in the family that no-one’s ever dared tell them they’re being offensive.

“Anyone who would present Meghan with a Farrow & Ball paint chart and bark ‘Go on, pick the little bugger out’ would be completely out of touch, unashamed of it and confident he would never, ever face consequences.

“But I’m as baffled as you are as to his true identity. We may never know.”

A Buckingham Palace spokesman refused to answer speculation on who the mystery Royal could be, and added that it was disrespectful as he was currently hospitalised after a heart operation.