Cast Away 2: Wilson's Odyssey, and other movie sequels that should have been

EVER wondered what happened to Wilson, the real star of Cast Away? Here are the movie sequels audiences were crying out for:

Finally shaking off that FedEx loser after four excruciating years, Wilson – whose inner monologue is voiced by Robert DeNiro – wanders the earth righting wrongs, solving crimes and hooking up with beautiful women. In the heartbreaking final scene, he wins a basketball game with underprivileged inner city kids when loser Hanks spots him and captures him again.

Michael Caine’s just figuring out how to get the gold when the England football team, returning from the match in Turin, turn up and cheerily help rescue it. But the acting of Bobby Moore, Norman Hunter and Franny Lee is so terrible the film is a bomb with the same legendary status as Escape to Victory.

The death of Uncle Monty sees Withnail inherit his Cumbrian cottage, move up there and begin a new career as a fish-out-of-water detective solving Lake District murders, first in a movie and then in a Channel 5 series, with his unnamed friend as sidekick. They still drink heavily but all in a very cosy, Wednesday-9pm way.

After spending 100 lifetimes trapped in Punxsutawney courting Andie MacDowell, accomplished polymath Phil Connors escapes, spends about five days with her and then runs off screaming to have sex with all the other women in the world instead.

Instead of fighting the First Order and a resurrected Emperor and all that other bollocks that was never explained and made no sense, a sequel to the original trilogy shows all the characters kicking back, drinking brews and shooting the shit. Artoo tells a hilarious anecdote about what medical droid FX-7 was like in bed.

Completing a boxset and four other things that aren't achievements 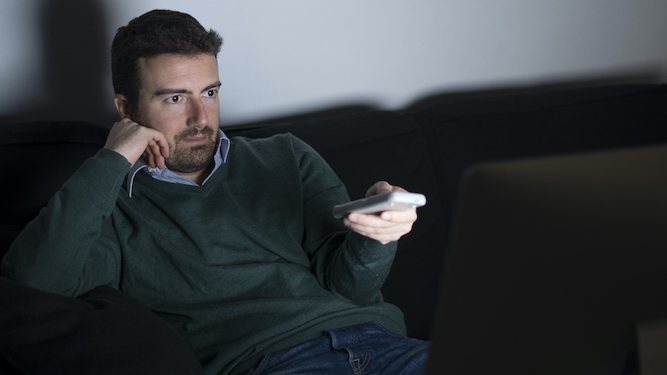 IS watching hours of television a worthy achievement or a huge waste of time? The latter, obviously. Like these things that aren’t worth celebrating:

You’ve sat on your sofa for hundreds of hours and finally seen Tony Soprano being shot, probably. You’re excited to share the sense of satisfaction with your friends, but they don’t care because they watched The Sopranos years ago. And now you have to find another show to fill the gaping hole in your pathetic little life.

It’s freezing cold and pouring with rain, and still you bravely labour on. At last you feel it: that pleasant little buzz from your FitBit telling you you’ve just hit 10,000 steps. Won’t your friends be proud of you? Well, no, because they’ve been tucked up nice and warm at home, like normal people.

Catching up on your podcasts

When you woke up today you had five new podcast episodes to listen to, including a curveball of a two-hour special. Somehow you’ve finished them, with 30 minutes left over to stare blankly at a wall. Enjoy not having to listen to twats talking nonsense for a bit, because tomorrow you’ll be doing it all again.

You’ve used your wildcard transfers to perfection, your captain has scored a hat-trick and your goalkeeper has kept a clean sheet. Well done. Unfortunately, your mates couldn’t give a toss that a computer algorithm has awarded you a few more points than some random stranger.

You’ve had your eye on that original 1993 Jurassic Park T-shirt for two weeks. After watching like a hawk and some tactical bidding, you’ve won it. Except you don’t really ‘win’ on eBay. You’ve still got to pay for the tat you’ve just bought. Winner isn’t the word your friends will use to describe you when you tell them.