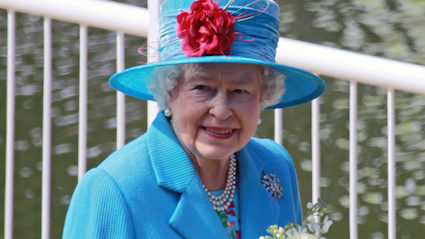 THE Queen has reflected that, considering all the constitutional powers she has, it is a good thing she could not care less about Britain anymore.

Her Majesty, who is due to accept David Cameron’s resignation tomorrow, could in theory refuse to appoint a new prime minister but is 90 years old and cannot be bothered.

She said: “A 60-year-old would probably take an active role. A 30-year-old definitely would.

“Sometimes, when I drift off in my chair, I imagine myself possessed with the righteous fury of a new grandmother, thundering ‘I do not give my assent!’ at some idiot or other.

“But there’s something about having a bald grandson that stops you caring about anything but where the next plate of biscuits is coming from.

“Dark chocolate gingers, those are the ones I like, with a cup of Darjeeling. If anything happened to those I’d sit up. That’d have me dissolving Parliament.

“Otherwise I let well alone. Well, they don’t need me interfering. I’m sure they know what they’re doing.”

Another triumph for democracy, sighs Britain 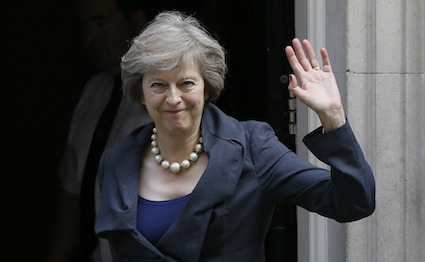 THE appointment of a new prime minister 14 months after it barely elected a different one has Britain once again marvelling at democracy.

Theresa May, never elected in anything but a safe Conservative seat, now has complete power over the entire UK including countries who have not voted for her party in 50 years.

Susan Traherne, from Cardiff, said: “When the Tories didn’t get elected but still ran the country for five years after 2010, I got used to it.

“Last year they only just managed to get elected to get rid of the deficit, but now they’ve dropped all that, the bloke we voted for has gone and not even the actual party got to vote who the new prime minister is.

“I’m not saying I’ve got a better idea. I’m just saying democracy seems to be a bit broken and maybe we should fix it.

“Oh. Apparently we tried to five years ago, but my husband says I voted against it.”