HER Majesty the Queen has the sexual energy of a young Michelle Pfeiffer, it has been confirmed.

A Palace insider said: “Her favourite thing about being Queen is the fabric. Fur, velvet, silk, she just loves to stroke it.

The source added: “The love of horses is all about sex. Not with the horses – there’s not some kind of Catherine the Great thing going on, although she is an expert.

“It’s more about the thrill of trying to contain raw, natural power and then releasing it in one glorious burst.” 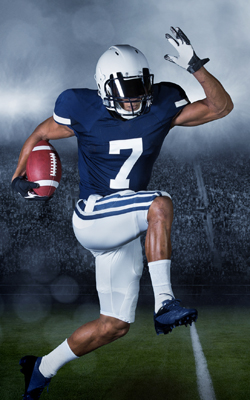 UK-BASED fans of American football are to be allowed to openly discuss the sport for one day.

Wembley Stadium will host the Oakland Raiders and the Miami Dolphins on Sunday, signalling a 24-hour window for American football fans to venture out in their ludicrously oversized shirts with nonsensical logos.

Oakland fan Stephen Malley said: In my daily life I have to keep very quiet about what Im into.

If I mention anything people will think Im deranged, or, even worse, American.

Sometimes the morning after ‘the game’ its obvious Ive stayed up until 5am watching telly, but I just hope my colleagues presume Im a serial killer.

For Sunday only, fans will also be allowed to refer to American football simply as ‘football’, talk about teams in the plural and refer to skimpily-clad women as cheerleaders rather than the English term slappers.

Malley said: I hope Oakland wins, but I just cant wait to see some football.

Plus itll be great to be able to yell fumble in public and not get punched.

A crowd of 90,000 is expected at the Wembley event but fans have been asked not to take photos to protect the privacy of those present.