THE Queen has promised that everyone can spend a weekend at Buckingham Palace once the renovations are done.

The monarch said she understood the quote for £370m was ‘on the high side’ but that the free standing baths and granite worktops she has picked out ‘will eventually pay for themselves’.

She added: “We’d have loved you to come and stay before now but the place is an absolute shithole.

“Once we’ve bunged in the new bogs and re-gilded the arches in state banqueting room, you can totally come and stay.

“Honest to god. How’s about the first weekend in June 2020? We could do loads of fun stuff. We could have a picnic!”

She added: ”No, but seriously, come anywhere near the place and I’ll have you shot.”

BBC newsreaders perform ‘Smack My Bitch Up’ for Children In Need 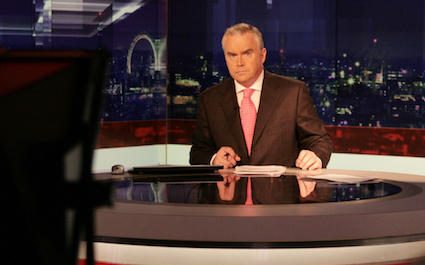 BBC newsreaders have reenacted controversial Prodigy video Smack My Bitch Up for the Children In Need appeal.

The team admit that it is not the kind of thing the public are used to seeing newsreaders doing but that filming it was tremendous fun.

Huw Edwards said: “We follow the tequila-swilling, coke-snorting protagonist to a nightclub where they shove their hand up the minidress of Sophie Raworth before punching me, as the DJ, in the face.

“Evan Davis plays the man thrown out of the toilet mid-crap so our character can shoot smack, before heading to a strip club.

“There are dances from Louise Minchin and Dan Walker, the Breakfast team, before the hero picks up leopardskin-clad Kate Silverton, steals a car and heads home for a lengthy POV sex scene.

“Then Kate leaves, the nude protagonist looks in the mirror and we realise it was Fiona Bruce all along.

“We hope it’ll bring in lots of money for Pudsey.”