THE QUEEN will invite Donald Trump to Buckingham Palace to show him how to do gaudy interior design properly.

She will show the billionaire casino owner her refurbishment plans for the Palace which, officials believe, will make Trump feel like an amateur on a tight budget.

A Royal insider said: “It’s not like we’re going to redo the Palace in a rustic oak, ‘Shaker-style’. There is going to be a shitload of gold paint. An absolute shitload. Trump will feel like a country bumpkin.

“That said, the Queen is an obscenely wealthy chancer with a staggering contempt for every single one of you, so they’ll probably get along.”

Trump has been a big fan of the Queen ever since he saw TV footage of her being driven down the Mall in a gold carriage, which he described as ‘very classy’.

No date has been set yet for the visit but palace staff have already started work on a state banquet that will feature 15 courses of opulent-yet-bland food and no black people. 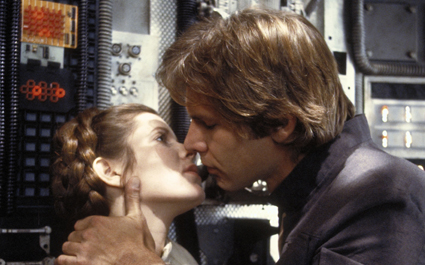 A MAN is experiencing feelings of betrayal over Carrie Fisher’s affair with co-star Harrison Ford.

48-year-old Tom Logan feels Fisher somehow cheated on him during the 1976 fling, despite it being illogical to feel possessive about an actress because she played a feisty space princess 40 years ago.

Accountant Tom Logan said: “When I read about it in the Observer, I had to take the dog for a walk so my family wouldn’t see me crying.

“We didn’t have a relationship in the conventional sense due to her not knowing I exist and famous actresses not dating eight-year-old boys from Knutsford, but it still hurts.

“I can see why Leia – sorry Carrie – would be attracted to Harrison, but I can guarantee I spent more time thinking up adventures for her Star Wars action figure than he ever did.

“It’s wrong that she was out cavorting with her fancy man while I was sitting at home worrying about the galactic rebellion.”

He added: “I’ve loved and respected her ever since I first saw her on the Death Star telling Governor Tarkin to fuck off.

“I’m hoping I can still watch Star Wars: Episode VIII without thinking about Harrison Ford’s arse bobbing up and down.”