Scientists believe reality is a dream in racist nan’s mind 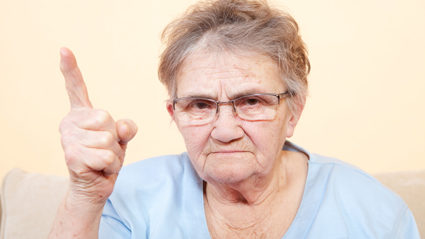 OUR reality is just a dream in the mind of a nan who doesn’t like foreigners, it has been claimed.

Researchers at the Institute for Studies were trying to find a rational explanation for why everything is going insane when they hit upon the ‘Nan-Mind’ theory.

Professor Henry Brubaker said: “It’s like the Matrix, except instead of intelligent machines creating our reality it’s a nan.

“Basically the nan, who lives in another dimension and is quite racist, is asleep after a drinking massive mug of Horlick’s and watching the snooker for four hours, and we are all living in her dream.”

Professor Brubaker believes the theory explains everything from Brexit to hipsters.

He said: “Nans want everything to be like it was just after the war, which is why we’re seeing young men with braces and Brylcreem in their hair.

“The Nan-Mind theory also explains the popularity of gin and knitting.”

However 91-year-old nan Mary Fisher said: “If this was all my dream, things would be much more racist and you would still get bags of hard little sweets called ‘Imps’ for 3p.”

‘Quiet night in’ means exactly that once you hit 40, confirm experts 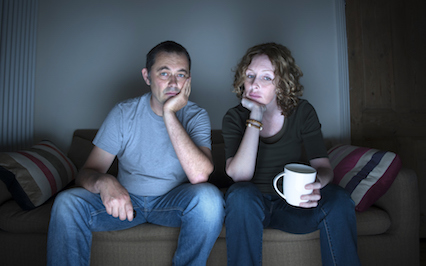 ‘HAVING a quiet night in’ is as mind-numbingly dull as it sounds once you reach 40, experts have confirmed.

Researchers found that, for people in their 20s and 30s, a ‘quiet night in’ could mean anything from 12 friends testing the physical limits of drunken Twister to an evening of cocaine and intimate tattooing.

But 87 per cent of those aged 40 and over said they were less likely to pass out in their bath with a glass of absinthe in their hand and more likely to doze off on the sofa while watching that episode of Midsomer Murders about the rival photography clubs.

Fresh-faced 24-year-old Nikki Hollis said: “I had a quiet night in last Friday that finished at 4am on Monday with me setting fire to my sofa while singing Spanish revolutionary songs.

“I might have another quiet one tonight if I can round up enough fireworks.”

Wayne Hayes, 39, said: “I went for a pint after a work last Thursday and had just the one pint.