Queen's new car has gun mounted on it

THE Queen’s new open-topped Range Rover has a machine gun on the rear at her personal request.

The State Review Vehicle, used for the first time in Cardiff yesterday, was designed so the monarch can wave at crowds or mow them down according to her Royal whim.

A Royal spokesman said: “The Queen is also Commander-in-Chief of the Armed Forces and has decided that, at the age of 89, it is time to take a hands-on approach.

“In future she has asked to be seated at the weapon, wearing full military fatigues, and she will train it on visiting dignitaries or members of the crowd.

“It is, of course, kept fully loaded with red, white and blue tracer bullets. What a marvellously patriotic sight it will be when she finally opens fire.” 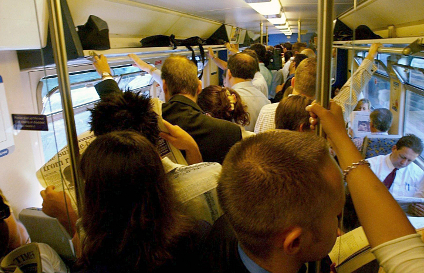 TRAIN announcements such as ‘we offer a dedicated at seat trolley service’ are coded messages designed to arouse or unsettle passengers.

Researchers found that many had no relevance to train travel whatsoever, while some, including ‘We apologise for the inconvenience, which is due to line equipment failure in the Retford area’, were designed to stimulate concerns about erectile dysfunction.

Commuter Martin Bishop, from Oxford, said he had been alerted to what was going on when his wife told him ‘Customers are reminded that this train does not stop at Didcot Parkway’ during their weekly lovemaking.

He said: “The moment she said it I realised that for years during my daily commute to Reading the announcer had been tormenting me about the failure of my sexual technique.

“As to ‘The non-arrival was caused by a shortage of rolling stock’ well, I hardly need to spell it out, do I?”

Janet Fisher, 32, from Taunton revealed that her twice weekly journey to Bristol had been made torture by the announcements. She said: “Every time they say ‘Unattended items will be removed and may be destroyed by the British Transport Police’ it is a bitter reminder of what the break-up with my ex-boyfriend has done to my self-esteem.

“Have I ensured I have all my baggage with me when alighting at the next station stop? Of course I have. That’s why no man will ever want me again. Oh God, what is the point?”