Queen's speech to highlight how much mad shit happened in 2016

THE theme of the Queen’s Christmas message is how much mental shit has happened lately, it has been revealed.

A leaked copy of the annual address revealed the Queen’s shock at the death of David Bowie, and how that turned out to be not even the maddest thing by a long chalk.

The speech begins: “Unlike Keith Richards who looks like the withered scrotum of a long-dead elephant, I always thought Bowie looked great for his age.

“And Leonard Cohen. He was old like, but you don’t expect it, do you? Also Stone Temple Pilots front man Scott Weiland, he died.

“Then you’ve got Brexit, and Trump. If this keeps up it’ll be fucking aliens landing next year.”

A palace source said: “She was going to mention the death of Prince, but she thought Prince Philip might overhear and think it was him who’d died.”

Next Star Wars film about getting planning permission for Death Star 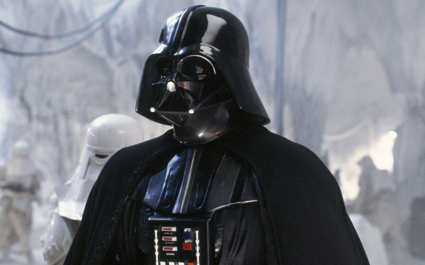 THE next Stars Wars film will show Darth Vader struggling to get planning permission for the Death Star.

Galactic Planning Application 124b tells the story of Vader’s struggle with local space councillors who insist on the Death Star ‘being visually in keeping with existing superweapons’.

Producer Wayne Hayes said: “The original Star Wars films told of an epic battle between good and evil with the fate of the universe at stake, but what audiences really care about is the obscure, admin-based events preceding that.

“Before work even started on the Death Star there was a tricky year-long planning process, like trying to get a garage built, but on a massive scale. Vader had to complete confusing forms and send them off to the council along with professional drawings of what it would look like.

“But when ‘Vast Space Weapon Planning Notification’ posters go up on lamp posts around nearby galaxies, tentacled busybodies on Alderaan complain because they reckon it’ll block their view of Zeta Centauri.

“At his lowest point, Vader is sitting with his helmet in his hands muttering ‘I wish we’d never started this’, and Grand Moff Tarkin brings him a cup of tea which cheers him up a bit.”