THE Queen’s top ten songs are all by her favourite artist Lethal Bizzle, it has been confirmed.

Ignoring advice from Palace staff and the prime minister to include a few Adele tunes, Elizabeth II has once again confirmed that for her there is only grime.

Music writer Julian Cook said: “I was hopeful some other genres, or indeed even artists, might get a look in this time but no, as you’d expect it’s all Bizzle all the way.

“Lots of new songs – Rari WorkOut obviously, Fester Skank and even the new Wobble which is perhaps a bit premature – alongside old favourites from the More Fire Crew and, as ever, Pow! at number one.

“She’s nothing if not consistent.”

The Queen said: “Lethal B is a genius urban storyteller, he’s this generation’s George Formby. Besides his outstanding musical output I really enjoyed his beef with N-Dubz because I think Tulisa is a right skank.

She added: “Grime will never die.” 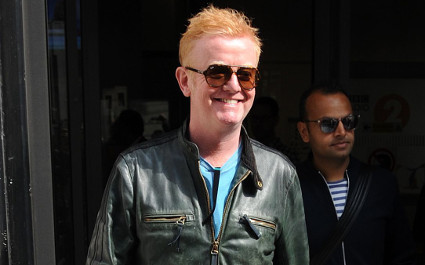 THE new Top Gear has an audience over 24 million if you include people walking past television shop windows, according to Chris Evans.

Evans hit back at critics after official viewing figures dropped so sharply some analysts feared a large chunk of the UK had fallen into the sea.

He said: “Traditional television ratings are irrelevant in a modern media world where people are constantly walking past high street television shops where the display models are showing Top Gear.

“Just because they’re only catching a brief snippet through a thick pane of glass doesn’t mean they aren’t loving the new format and the chemistry between the hosts.

“Then you’ve got people in pubs where the television is on in the background, and patients in doctors’ and dentists’ surgeries where Top Gear might be on with the sound down.

“Also you have to include anyone who has seen the trailer for the show, which is really just a condensed version of the best bits and therefore the same as watching it.

“And pets, of course you should include pets as viewers. Maybe not lizards but definitely cats and dogs, possibly gerbils too.”