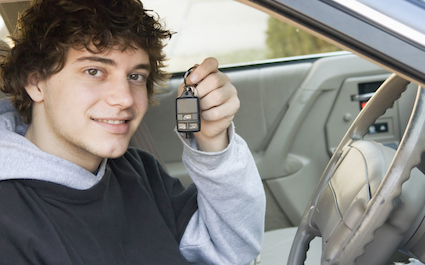 A BABY born well after the turn of the millennium is old enough to drive a fucking car, it has emerged.

The child, a cousin’s son who can in no way be that age, maintains he is not only old enough to have had lessons but to have passed them and then bought his own vehicle.

Nathan Muir said: “He can’t be. Maybe a motorbike, or a three-wheeler. Not a car.

“What’s it going to say on his driving licence, double-O? Like James fucking Bond?

“These 90s kids are bad enough, but Britpop to him is, I dunno, like Noggin the Nog was to me. People say it happened but you don’t necessarily believe them and you’re certainly not interested.

“Does it mean you’re ancient, then, if you’ve got a 19 in front of your birthday? Are we like all those Victorian bastards who you wished would piss off after the wars?

“Shit car though. What? Four thousand quid for insurance? None of these numbers make sense.”