Royals Blackmailed Over 'Deformed Prince Under The Stairs'

THE Royal Family is being blackmailed over claims they have been keeping a deformed prince in a cupboard under the stairs.

Weekend newspaper reports suggested that the Queen and Prince Philip imprisoned the hideously ugly child more than 30 years ago and have been feeding him twice a day on stale Cornish pasties and cans of Irn Bru.

Late last week two men were arrested in connection with the alleged plot amid speculation they held secret video footage of the Buckingham Palace troll being walked on a chain.

The Palace last night denied the allegations but stressed that if a member of the Royal Family was locked in the boot cupboard under the footmen's rear staircase, the public could rest assured it was not one of the important ones.

A Palace insider said: "Over the years we've heard violent screams and torrents of unspeakable profanity, but we just assumed it was Prince Philip watching a documentary about immigration.

"A few years ago there were whispers about a child who was so hideous he was banned from appearing in public, but then we saw Prince Edward on It's a Knockout."

It is the latest blackmail scandal to hit the House of Windsor. Last year Prince Charles was forced to deny allegations that he rides his wife around the drawing room like a seaside donkey.

Meanwhile the Royal Family is to commission its own version of the famed Terracotta Army of the first Chinese emperor Qin Shi Huangdi.

The Windsors' army will number more than 2000 figures including a terracotta car crash organiser, a terracotta drug dealer and a terracotta provider of blow-jobs. 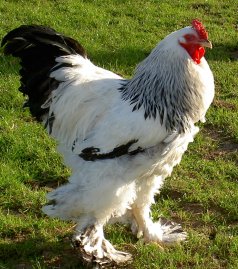 GIANT plasma screens have been declared unsuitable for watching pornography after an increase in the number of people traumatised by gigantic cocks.

“After a while it occurred to me I was tossing myself off while staring at an enormous penis and I started to wilt. I’m glad I didn’t persevere until the money-shot. It probably would have killed me.”