BRITAIN
faced a fresh pop crisis last night after it emerged that X Factor favourite Cher Lloyd has been behaving like a teenage girl.

Insiders say the Cheryl Cole protegÃ©, whose body weight is mostly eyes and hair, has been weeping for no reason, giving dodgy looks to rival girls and probably having a meltdown about some missing hair straighteners or something.

An X Factor spokesman said: “This is a big deal. Scratch that, it’s a huge deal. The way you can tell it’s a massive deal is the word ‘turmoil’ next to a picture of Cher appearing to strain a bowel motion.

He added: “So you’d better watch the telly this Saturday night, because she might explode in a fine red mist of blood and hormones. Which would cause her turmoil.”

Teenage girl expert, Dr Emma Bradford, said: “If it goes badly on Saturday, Cher may lock herself in the toilet and not come out for ages.

“She’ll probably be alright after a bit though, I expect. Best just to leave her to it.”

Meanwhile former pop star Robbie Williams has offered to help the young singer cope with the pressure of being ridiculous.

He said: “The pressure is very hard. It can actually hurt if you do it wrong. Luckily I was able to cope by using massive amounts of cocaine and believing in UFO abduction. 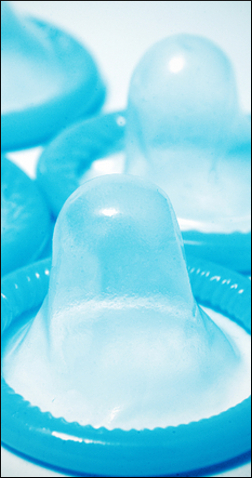 The Pope said he was proud that committed young people, under pressure from the liberal media establishment, had continued to have unprotected sex for money in front of a video camera.

In his latest Papal encyclical, Benedict said: “The modern world is gripped by many vices but surely there is none so insidious as the immoral pressure placed upon pornographic cinema performers to engage in rubberised sexual intercoursing.

“To sheathe the organ in advance of genitising it into the female beholement is to deny the divine truths upon which our entry into heaven is constructed.

“Praise should be offered unto those who remain true to the pillars of faith when they are being filmed, over and over again, in pursuit of a thunderous ejaculation unfettered by secularism.

“They are truly the naked, thrusting warriors of the one true church.”

Julian Cook, professor of comparative theology at Reading University, added: “Pornography has always been a tricky one for the Church. While the Pope is generally opposed to any form of non-reproductive adult-based intercourse, if people are going to do it on camera for money, he would prefer they did it Catholic-style, regardless of any long term impact on their immune system.

“Catholicism is nothing if not logical.”