ABBEY Clancy and Peter Crouch were today devastated by the thought of a thief opening all their vulgar, over-priced Christmas gifts.

The couple’s home was robbed earlier this week, forcing the Stoke City player and his annoyingly attractive wife to go out and buy exactly the same things all over again without worrying about money in the slightest.

But a police spokesman said they would still have to live with the fact that someone had broken into their house and stolen the precious gifts from under their trying-way-too-hard-to-be-middle-class Christmas tree.

Detective Inspector Bill McKay said: “You should see this thing, it’s all silver pine cones and bright red ribbons. I’m like ‘give me a fucking break’.

“I’m sure the thief probably thought the same thing and immediately felt much less guilty. Nevertheless a crime has been committed.

Shopkeepers in Cheshire have now rallied round and volunteered to sell the couple at least as much stuff as they bought last week.

Helen Archer, owner of Tasteful Necklaces in Prestbury, said: “We’ve got this really lovely platinum Michael Jackson pendant which I’m going to give to Abbey for nine hundred and fifty quid.”

McKay said the stolen items include a ruby-encrusted PS3, a massive watch, a child-sized BMW and a slave. 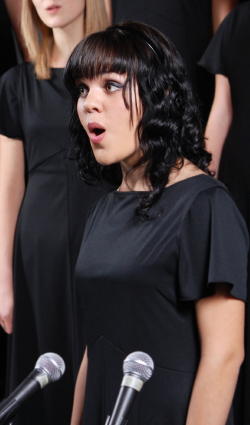 A HEART-BREAKING song by the wives of Britain’s journalists remains resolutely unbought, it has been confirmed.

Whoever You’re Violating, by the Journalists’ Wives Choir now seems certain not to be the Christmas number one.

Anne Logan, whose husband Tom served in some bins with the News of the World and the Daily Star, said: “At this time of year it’s important to remember all those who have failed to serve their country in any way whatsoever.

“Those amazing people who go out of their way to act all important and then demand our gratitude.

“But it’s not just about the disgusting frontline tabloid hacks, it’s about the ones who often get overlooked by the big inquiries – the brave, smug hypocrites on the Guardian or the Daily Telegraph’s little platoons of crazed, incontinent fantasists.

“It’s about the feature writer who courageously puts their byline on a press release, or the sports editor who still goes to work every day genuinely believing that his job is not pathetically unimportant.

“They are all out there, deliberately misleading their country with a selflessness that’s barely reflected in their massive salaries.”

Any money raised from the single will go towards paying a private detective to plant a hidden camera at the top of Pippa Middleton’s left thigh.