SOMETHING has happened to the Kardashians that does not affect you because they are strangers and you will never meet them.

Experts confirmed that you should worry about your own situation rather than trying to live vicariously through the exploits of celebrities.

Professor Henry Brubaker of the Institute for Studies said: “Disconnect yourself from this bullshit, none of it matters.

“Perhaps think about what’s happening to you and how you can develop your potential.

“You don’t know these people. They’re just mascots for other strangers who want your money.

“Never think of them again. You don’t have to be like them, their ways are demented.

“Also never read another list of 10 things, number seven of which will apparently blow your mind.” 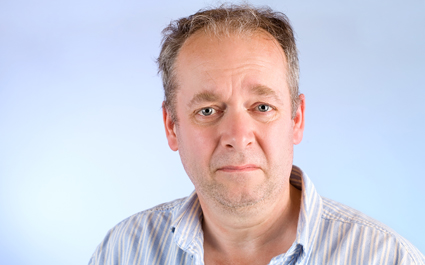 BREXIT supporter Tom Booker has returned his attention to a long-running feud about his neighbours’ garden path.

Following confirmation of ‘hard Brexit’, 53-year-old Booker feels he can go back to his vindictive boundary-based squabble with the family next door.

Booker believes that his neighbours’ garden path occupies his land, even going to the local records office and looking at old maps for evidence.

He said: “It looks like that path has been there for ages, but I know they moved it in the night, carefully re-inserting the grass on either side like Wayne Rooney’s hair transplant.

“And they’ve taken my recycling bin and swapped it with theirs which is very similar but not as good.”

Although campaigning for Brexit diverted Booker’s attention for several months, he is now back to pretending to be out so that he can spy on the family next door, in case they are plotting against him or the wife is having a shower.

Neighbour Roy Hobbs said: “I just thought he was just a quiet loner, but then he rang the council to tell them I was kidnapping local dogs for Satanic rituals.

“I’ve tried saying he can use our garden path but he says it’s part of my ‘much larger agenda’ to murder him, burn down his house and build a mosque.”