In a previously unseen interview, released on the internet, Cruise delivered a tour de force, comparing Scientology to, 'having sex with an angry kangaroo'.

He added: "It's an army of Spanish elephants, it's a hospital made of chocolate, it's a bomb full of guns."

The Far and Away star then claimed to be 'the only being in the solar system' who knew what to do in the event of a car crash.

"I have a special computer that proves how paramedics and firemen can make a car crash 10,000 times worse.

"I spent four and a half years studying carcrashology. I came top of my class. If a crash happens, I'm there with my big tongs and my bag of melons."

Cruise said Scientology had also helped him to control his dreams, adding: "I used to dream about bottoms quite a lot, but now most of my dreams involve killing everybody in the world, except Steven Spielberg, who I end up using as a coffee table."

Cruise spent the last 20 minutes of the interview curled in the foetal position saying, 'ping, ping, ping' over and over again.

Media anlaysts admitted they were baffled as to why the video has been released at this time.

Wayne Hayes, who analyses the media, said: "There is the merest hint of an outside chance of a slim possibility that it might have something to do with money." 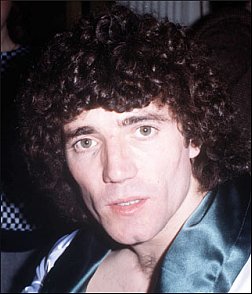 NEWCASTLE United was last night trying desperately to justify itself after signing up for a 'bonus night' of no-strings fun with unstable ex-boyfriend Kevin Keegan.

The club split acrimoniously from Keegan a decade ago, blaming a combination of his emotional instability and total insanity for the demise of their five-year romance.

However, after a chance encounter in a Newcastle nightclub last week, the two had a few drinks together and eventually ended up in bed.

Newcastle said: "You just remember the good times – the wild sex, the spanking, and that thing he used to like me to do with a banana.

"You forget all the tantrums and the crying and him making such a dick of himself on Sky Sports that time. 'I will love it if we beat them' – I was absolutely mortified.

"I also forgot all those idiotic things he used to say on Match of the Day. Since when has cramp been worse than a broken leg?"

Meanwhile, new England boss Fabio Capello has insisted he declared all bribes, bungs and backhanders to the relevant authorities while manager of Juventus

He added: "Who you think I are, the Georgio Graham of the Arse? I no take bung in dirty bag in car park.

"No, when I gets big cheque from agent for signing I put straight in my accounts with taxes. Is normal, no?"