A LEAKED, undoctored photo of Beyonce shows the singer with a scaly four-legged body and a spiny crest.

The image, which has not been digitally retouched, shows the pop icon’s true physical form which will be virtually unrecognisable to fans.

Celebrity analyst Emma Bradford said: “All the makeup and photoshopping really does make a huge difference, not just in terms of reducing Bey’s thighs and waist but in disguising the fact that she is a quadruped with knobbly green skin and needle-like claws.

“But what’s really shocking in the picture is that she’s clearly got a baggy neck, a bit like Bruce Willis’s in that TV advert.

“She clearly needs a chin lift and also to moisturise more frequently.”

Office worker Tom Booker said: “Wow, the real Beyonce is definitely not as hot in real life. She still has nice eyes though, and great posture. 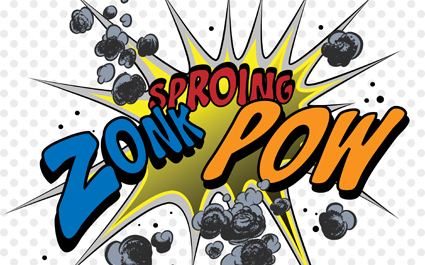 THE heavyweight fight between Tyson Fury and Christian Hammer will take place in comic book format, it has been announced.

Promoters have confirmed that rather than contesting 12 rounds of boxing, the rivals will slug it out in a 23-page comic.

Frank Warren said: “Instead of tentatively walking in circles round a ring as is customary, drawings of Fury and Hammer will fight on top of skyscrapers, in the crater of a volcano and on a cliff edge with each blow being marked by a red box stating ‘Blammm!!’

“The fight will be won once one fighter knocks the other out of the Earth’s atmosphere and wins the affection of a damsel in distress who had been chained to a nuclear bomb.

“Either that or it goes to points.”

Sources close to Fury have reported that the Irishman has spent much of the week rehearsing slick one-liners to direct at Hammer after landing punches.

Hammer said: “Fury is a worthy adversary, but he will have no answer when I turn myself into a 10-foot tall hammer and pummel him into the ground.”