The generationally-ambivalent film director said that he will not return to the country until men can troll junior high schools with their hand in their pockets without being hurled against the bonnet of a police car.

In a 900-word open letter written on My Little Pony stationery, Polanksi said: “One only has to look at America’s prison system to see how they treat bold, sexual adventurers. It’s worse than having to watch The Ninth Gate or Pirates. Even I don’t remember that one.

“While it is perfectly legal to own a handgun in that country they maintain this medieval stand against deflowering prepubescent teenagers after plying them with giggle juice.”

Polanski is under house arrest in Switzerland having forgotten which countries would not extradite him to America due to exhaustion caused by a 72-hour Hannah Montana marathon.

His bail has been set as Â£2.5m and the director hopes to raise this amount by selling off part of his vast puppy collection.

Polanski said that by fighting his case in the US he can bring about a change in the law that would allow men to have sexual relations with minors as long as they have an Oscar nomination for Chinatown.

He added: “I realise this would also benefit Jack Nicholson, but I doubt he would take advantage of it as he’s not really interested in girls more than 55 years younger than he is.” 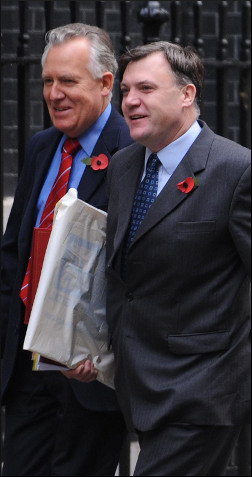 THE Labour Party has urged its vote riggers in key marginal seats to make it look as if quite a lot of fictional people have voted Liberal Democrat.

With polling just two days away, senior Labour figures said the postal votes of people who don’t exist should be used to stop the Tories, but not in the sort of really obvious way that even a British policeman would notice.

One source said: “As we enter the jiggery-pokery stage, it is vital that fictitious Lib Dem voters use their non-existent heads instead of their imaginary hearts.

“These voters that we’ve made up are intelligent, sophisticated and know who would have won in their constituency if we hadn’t been up all night inventing names for them.”

The source added: “Many of the people we have concocted have still to make up their minds, but we believe that in the last 48 hours we can imagine we are persuading some of them to vote tactically.

“If successful we can create a permanent alliance of progressive fraud that can finally stitch-up the voting system and fill the House of Lords with democratically elected thieves.”

Julian Cook, professor of politics at Reading University, said: “In an election full of uncertainty the one thing we do know is that Gordon Brown is now a vomit-flecked wheelie bin filled to the brim with putrefying sheep guts.

“Therefore urging people to vote tactically in a way that would ultimately result in ED BALLS BEING THE PRIME MINISTER OF THIS COUNTRY would seem to be a particularly ill-advised tactic.

“Unless of course you actually want Ed Balls to be prime minister in which case I am going to find out where you live.”