We go to the Maldives and the children go to Pontins, says Kirstie Allsopp

KIRSTIE Allsopp has explained that she and her husband regularly fly to the Maldives while her children go to Pontins in Prestatyn.

The TV presenter regularly books herself and her husband for a fortnight of seven-star luxury while her children do half-board at Prestatyn Sands, which is more than they deserve because they don’t even have jobs.

Allsopp continued: “When my children have their own television careers then they can pay for themselves to enjoy a tropical paradise. Until then they’ll be watching tired-eyed clowns tie balloon dogs at a working class holiday compound.

“They especially love the bingo. Well, poor people do, and children don’t have any money, ergo they’re poor, ergo they love bingo.”

She added: “Children can be very costly but the plan is to keep them for a few years, make them bigger and then flip them for a tidy profit.” 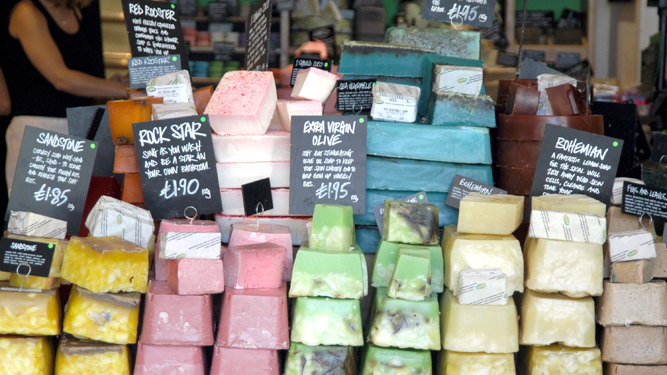 THE most offensive thing about Lush is getting an instant scent-induced migraine as soon as you step through the door, it has been claimed.

Francesca Johnson, 29, doesn’t care about the cosmetic shop’s controversial ‘spycops’ campaign, but does experience an unpleasant physical reaction to the overpowering stench it emanates.

Johnson said: “I feel assaulted when I go in, as if the Lush employees were forcing their foul-smelling ‘massage bars’ up my nose and down my throat rather than stacking them in baskets in that faux-artisanal way they love.

“The whole place causes me to have a confusing sensory meltdown. The soap looks like it would be delicious to eat but smells like being punch by a psychotic witch with a bag of lavender and talcum powder.

“Who would have thought an aroma could be so aggressive? I have to breathe through my mouth when I walk past now in case I randomly strangle a pensioner in the street.”