What to do if you've overdosed on Meghan and Harry: an emergency guide

HAVE toxic levels of Harry and Meghan coverage entered your system? Is it in danger of shutting down? Our guide could save your life.

You may start blacking out and slipping into a coma after reading the 12th inane, bitchy article by Sarah Vine. As with an overdose of opiates, force yourself to walk around and slap yourself if you attempt to scroll down on your phone. One more judgmental editorial could prove fatal.

Get a friend to talk you down

If you’re getting a terrifying headrush from too many revelations that Meghan had in fact heard of the Queen prior to July 2016, get a friend who doesn’t give a shit to say things like: ‘For f**k’s sake, do something useful like going for a run.’ These harsh words will gently bring you back to reality.

Carry out a DIY blood transfusion

This risky medical intervention won’t help directly, but when you’re on a makeshift operating table in your garage draining two pints of O negative from your husband, you won’t be able to watch yet another UK news exclusive from Meghan’s half-sister she last provably met 13 years ago. If your partner is unwilling to help, hook yourself up to the cat.

Get into the recovery position

If you’ve taken in too much Royal bullshit, the ceaseless, churning speculation about which royal made the racist comments could cause convulsions and brain spasms. You don’t need to actually lie on the floor. Just switch off the TV, log off the wifi, get an early night and assume it was Camilla.

If you’ve ingested too much pointless tabloid crap for your system to cope with, quickly administer the books of Tolstoy, the films of Michael Haneke or a Noam Chomsky lecture. Their sheer worthiness will counteract the flow of empty trivia and leave you feeling pleasantly smug.

If you can’t stop following the latest developments, such as six hours of analysis of a three-sentence statement from the Palace, call 999. Just hope the paramedics aren’t Meghan and Harry junkies who finish you off with a chat in the ambulance about what they might pitch to Netflix.

The art of pissing on your chips, by Piers Morgan 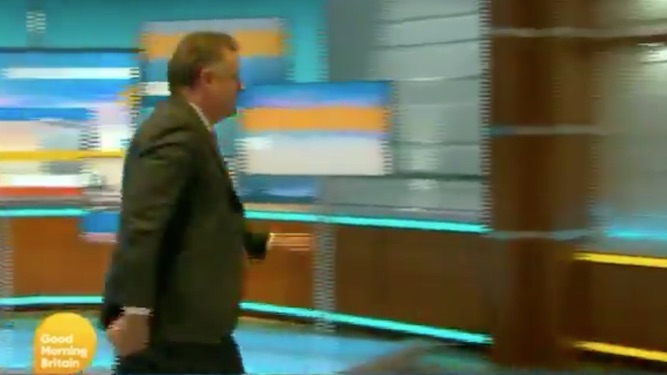 ONTO a good thing? Want to completely f**k it up for yourself by going too far? Let me, the expert, show you how it’s done.

Never know when to stop

Got the public on your side with a worthy cause, for example by editing the only tabloid opposed to the Iraq war? Blow all your credit by paying shitloads for obviously faked photos of detainee abuse, get caught, refuse to apologise and get escorted out of the building. Remain pompous and proud.

Managed to turn that notoriety into a high-profile gig in America? Ratings spiralling because nobody has any idea who this up-himself Limey asshole is, apart from a buddy of that dumbshit Trump? Get behind a crusade for stricter gun laws and never, every let up until your show’s cancelled having made no difference to anything.

Return to the UK as unbowed and as arrogant as ever, get a job as lead knobhead on Good Morning Britain and proceed to claim an imaginary moral high ground on trivial issues ranging from vegan sausage rolls to Daniel Craig’s baby-carrier. Confuse being called a dick on Twitter for popularity.

Stumble across a bandwagon, leap on and act like you invented shouting at politicians. Turn against your old pal Trump when it’s convenient for the same reasons you’d been ignoring for years. Briefly become popular because the rest of the media have given up questioning the government for some reason.

Continue to pursue your grudges

Don’t let success change you. Carry on a Twitter feud with any random celebrity who doubts your omniscience or asks awkward questions about phone-hacking. Be especially hateful towards Meghan Markle, who had a few drinks with you once then never took your calls again. Allow this anger to burn unchecked. Fuel it. Let it consume you.

Unzip flies, get your tiny cock out and piss all over your chips