Who are you absolutely bloody outraged to see getting the vaccine before you do?

BRITONS queueing for vaccines are livid that the less-deserving are jumping the queue while they sit at home waiting for letters like idiots. Who are you most angry about?

From Gary Glitter to anyone else serving time at Her Majesty’s Pleasure, it is a crime against decency that criminals are getting vaccinated before you. Mealy-mouthed excuses about ‘protecting prison staff’ mean nothing. The only injections inmates should be getting are lethal.

A lot of people think the Duke of Edinburgh shouldn’t have been vaccinated – not because he’s a royal, but because he’s a vampire. Philip has beaten off every disease known to man during his 132 years on earth. It’s highly likely he still has antibodies from the Spanish flu coursing through his veins. His vaccination will only have made him stronger.

Rita Ora loves two things: being in adverts and breaching Covid regulations. The Masked Singer judge has become an anti-social distancing ambassador over the past year. And now there are unsubstantiated rumours she’s vaccinated, which would be even more infuriating than her 30th party. She’s in Australia now, laughing at you.

Many feel that Pope Francis simply didn’t require a coronavirus vaccine. He is, after all, equipped with the most powerful protection against disease in existence: the blessings of God.

Ken Barlow easily fits into the vaccine priority groups, but should a fictional character from Coronation Street really be getting the vaccine before you? Despite a lot of anger, many fans of the soap were delighted to hear their favourite character was getting vaccinated. EastEnders fans continue to wait in hope for news about Ian Beale.

This one really takes the biscuit. It’s one thing inoculating living crooks and killers, but why on earth would they dig up Nilsen’s corpse and administer an initial shot of the Pfizer vaccine? Not even the Oxford vaccine but the good one. It’s beyond belief that something that clearly hasn’t happened has been allowed to happen. Call local radio, quick. 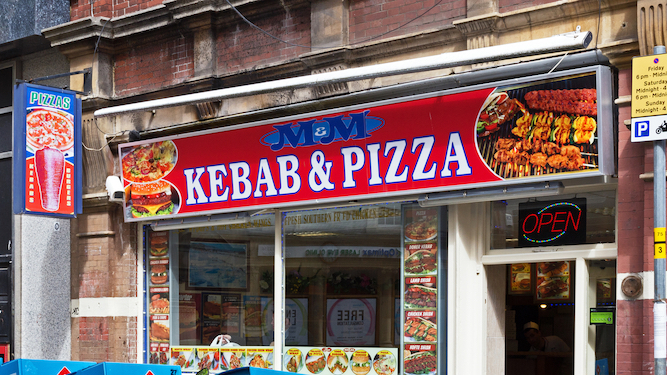 Hobbs said: “In the restaurant game choice is what it’s all about. You want mouth-watering Southern fried chicken? Josh can knock that up from frozen no problem.

“Or how about a taste of the mysterious East? It’s a load of bollocks about Chinese food being difficult to cook. I bulk-buy noodles and serve them with reconstituted chicken lumps, peas and tubs of catering gravy.

“Perhaps a delicious, freshly baked crispy pizza without olives or any of that Italian cobblers is more up your street? Tesco value, none of your shite.

“The doner kebab thing looks after itself, although I’ve never worked out what temperature it should be at. Don’t eat it myself because it always makes me sick. I must be allergic.”

Regular customer Wayne Hayes said: “I always get the Mexican salsa burger which is delicious. I don’t know if it tastes entirely authentic, because I’ve never been to Mexico and I only get it when I’m pissed.”