Who says men aren't loyal? 44-year-old's top five celebrity shags the same as when he was 21

A 44-YEAR-OLD man still has the same top five celebrity shag list as when he was a young man, it has emerged

Self-employed carpet fitter Nathan Muir made his list 23 years ago, in the halcyon days of 1999, and has remained steadfast to the same fantasy one-f**k paramours ever since.

He said: “I think it shows that I’m a better man than Leonardo DiCaprio, for example, who’s always ditching his latest bird for a younger one. When I commit it’s for life.

“Take Britney Spears. She’s been through a lot since I made that list but I never once considered dropping her, because she’s got an absolutely fantastic arse.

“Kelly Brook’s put on weight exactly where you’d want her to, Jennifer Lopez was hot as f**k in that stripper film, Charlize Theron’s not aged a day, and while you don’t see Andrea Corr that much she still looks cracking.

“But even if they’d let themselves go a bit, so what? It wouldn’t change the way I feel. I’ve put on five stone and lost my hair since then myself. It’s what’s in the heart that matters.

“Yeah, I might have gone through two divorces and a string of infidelities since then, but I’ve remained true to my top five shags.” 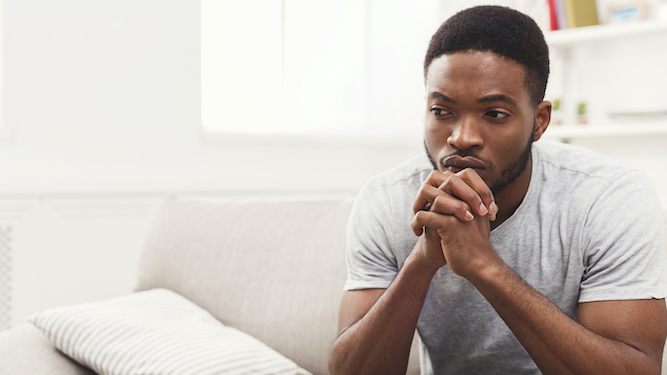 PEOPLE who say they feel happier without a relationship are lying to themselves and others, it has been confirmed.

Although they claim to be better off without a steady romantic partner, the nation’s singletons secretly crave a loving connection with another person and are just pretending not to be perpetually on the verge of tears.

Tom Booker said: “Not having a girlfriend is the best. I can do whatever I want, whenever I want. Except for knowing what emotional fulfilment feels like. Or have sex.

“Although I do get to stay up until 2am mindlessly scrolling through Warhammer 40K subreddits, which is probably way better than forming an intimate bond with an actual human being. I’m 38.

“If anything I pity those poor, shacked-up sods who have to endure the company of someone who understands them on an almost spiritual level day in, day out. It must be a real grind.”

Happily married friend Nikki Hollis said: “I’m not buying it. Whenever he hears someone has partnered up he bunches his fists and pops to the bathroom for a private howl of despair.

“It’s the same thing I do when my husband tells me we’re visiting his f**king family again this weekend.”