Why I should be the centre of attention at a funeral, by Prince Andrew 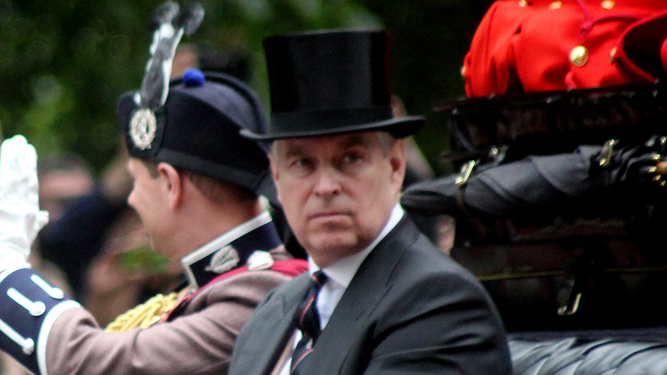 ONLY a self-centred idiot would make a funeral all about them. Here Prince Andrew explains why he should be the centre of attention as the nation mourns.

You might be wondering why a disgraced royal who’s been suspended from public duties such as myself has started popping up on TV again, but let me reassure you there’s a perfectly logical and cynical explanation.

Let’s address the elephant in the room shall we? I couldn’t be promoted to Admiral for my 60th birthday, and it still stings. If I kick up enough of a fuss about it and demand to wear my military uniform to my dad’s funeral, there’s a slim chance I might finally achieve that distinguished rank.

They don’t hand out the largely meaningless title and its marginally different jacket to just anyone either, let me tell you. When you’re royal it’s your right to be an admiral. You’d think you’d need to be good at commanding fleets of warships, but sorry, it doesn’t work like that.

Why else would I dig in my heels about wearing fancy clobber? It’s certainly got nothing to do with salvaging my reputation after that Jeffrey Epstein business, and frankly it’s disrespectful to even bring that up at this sensitive time.

You’d think if I had any sense I’d just keep a low profile and let Harry and Meghan become the new royals everyone loves to hate. But you forget I once concocted a bullshit alibi based around Woking Pizza Express and claimed I didn’t sweat, so clearly I have nothing going on between my ears.

My busy day, by a scumbag internet troll 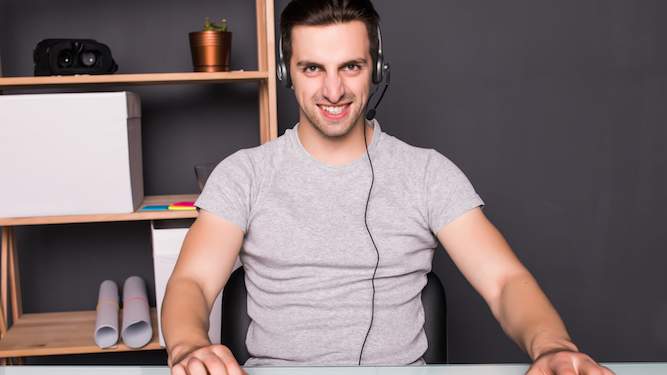 HAVE you ever wondered what sort of twat has the time and inclination to abuse strangers online all day? Here leading troll Martin Bishop explains his craft.

7.30am. Up with the lark, ready for a productive day of vile online abuse. Start by tweeting that George Floyd was a criminal who deserved to die. Good response, by which I mean about 500 people told me to go f**k myself. That was really just a warm-up.

8am. I’ve discovered that insulting celebrities’ kids really boils their piss. Told some Dancing On Ice nonentity that his baby daughter looks like Gollum with an eating disorder. Blocked. Result.

10am. I see Piers Morgan’s stand-in is an Asian guy. Sent a comment asking if he’s got a bomb under his desk, but it’s hard to stand out from the racists online, so I decide to bizarrely call Cheryl Cole a ‘fat ugly lesbian’ instead. Lots of hate, but quite a few likes too.

12.30pm. Time for a cheese and pickle sandwich and some death threats. The more random and undeserved it is, the better, so today I’ve warned Sophie Ellis-Bextor to ‘watch her back’.

2pm. I like to vary my trolling, so instead of addressing the issues of the day I leave a series of extremely negative reviews on Tripadvisor, telling one local restaurant I had to go to hospital with near-fatal diarrhoea. Never been there, obviously. Might pop in sometime, the food looks nice.

3pm. Time to bait the Remainers! I head over to Guardian comments to say how brilliantly Brexit is going, post some borderline racism and then whine about being called a racist. I particularly enjoy them trying to use reasoned argument, when I am clearly a f**king idiot. Sweet.

5.30pm. Round off the day by saying I hope all woke people get AIDS. Had a brief nagging doubt that my time could be used more productively and maybe I should get a job, but trolling is just such a rewarding lifestyle choice.