A WOMAN who has just joined 25 million Britons in having her Covid vaccine is mortified she forgot to share her special news on social media.

Emma Bradford is distraught after her error, despite half the population also having their jab and no one she knows actually giving a shit anyway.

Bradford said: “I’m so ashamed of myself. I’ve got nearly 110 Facebook friends and 36 Instagram followers. With such a huge fanbase it’s my duty to keep them informed, whether they are interested or not.

“I also wanted everyone to know how brave I was as I’m petrified of needles. I’ve had injections in the past and didn’t mention it then, but I am genuinely needle-phobic now.

“I know I’ve let everyone down, but I’m sorry and please pay attention to my posts about my second jab, even if you’re totally bored and jaded with it all by then.”

Bradford has marked her next appointment on her kitchen calendar with a big red marker pen to prevent further lapses, something her many fans will be relieved to know.

She added: “I can only apologise to all my followers and hope not too many of them drift away and stop seeing my hysterical daily memes and inspirational life quotes which I pinch from other people.”

Do spelling and grammar matter? A debate by two twats 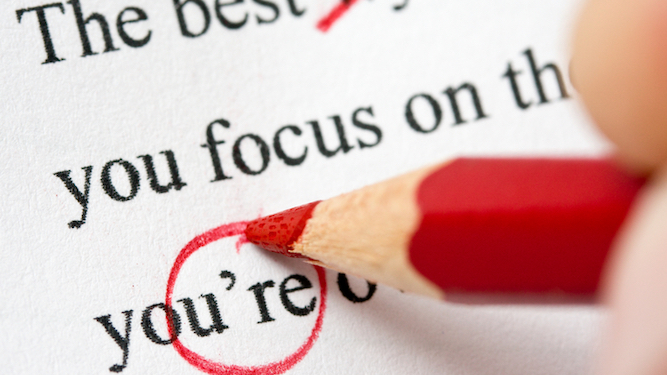 Norman: Yes they do

Poor grammar and spelling are the mark of an imbecile and, worse, a traitor who disrespects our fine language as surely as if they had micturated and evacuated their bowels on the Bard’s grave.

I am in deeply love with the English language, although if pressed I find it hard to give any examples of literature. I think my favourite work has to be Twinkle Twinkle Little Star, probably by Shelley, a poet who I’ve heard of. That and Day of the Jackal, by our greatest novelist, Frederick Forsyth.

Fortunately I benefited from a very traditional education and have an infuriatingly pedantic interest in the difference between ‘over’ and ‘more than’. I bore my wife with it and feel very clever, when I’m not droning on about the country going to the dogs.

So to summarise: I hate young people and anything modern.

Josh: No they do’nt

Language is constantly evolving so there is’nt a right or wrong way do sentences and shit. And I’m not just saying that because I got a E in GCSE English and apostrophy’s are as baffling to me as a dog trying to fly a Boeing 747.

If people understand you its fine, feel me? And obscure street slang and internet terms really add to the richness of the English language, if anyone can remember them three months later.

Again this is not to do with my hopeless writing skillz, but I would move to phonetic English. How much simpler would it be if I could just text: ‘dee ah mum an dad i am cumin home 4 da weak end do yoo wont me 2 pic up n e thing from tha shop lyk bred or sum ex???’

Thats what I would do. I just don’t understand why whenever I apply for a job I iz be gettin rejections.