THE Duke of Cambridge has abandoned his wife after bonding with an erotically-shaped coconut, it has emerged.

The so-called ‘love nut’ was presented to the royal couple by natives of an unnamed island in the Seychelles, who simply thought it was funny because it looked like a bottom.

It has emerged that half way through their honeymoon the duke left the £4,000-a-night suite he was sharing with his bride, taking up residence on a remote beach with the nut, which, according to sources, he named ‘Lady Kahuna’.

A royal source said: “It’s like the Wallis Simpson debacle all over again, but considerably graver as at least she was only an American and not a fruit of the palm family.

“The islanders thought the coconut was merely an amusing curio, but from the first meeting William couldn’t take his eyes off it, insisting that the voluptuous tree-fruit have its own seat beside him at the evening’s ceremonial dinner.

“Throughout the meal he was addressing jokes and anecdotes to the coconut, and was seen to repeatedly touch the wiry hair covering its hard curvaceous body in an awkward, curious manner.

“The duke disappeared before dessert. After two hours of searching, Kate found him asleep on the beach, his arms about the coconut as the waves lapped around them.

“The duchess demanded he return with her to their accommodation, without ‘La Kahuna’. It appears he told her to fuck off.”

The nut has now been installed in its own set of rooms at Clarence House, while Prince William has told his wife she will be required solely for the production of heirs.

A friend said: “Kate is lucky William can’t breed with the coconut otherwise she’d be acting as spokeswoman for her sister’s arse.”

Met chief 'had no idea Champneys was a luxury spa' 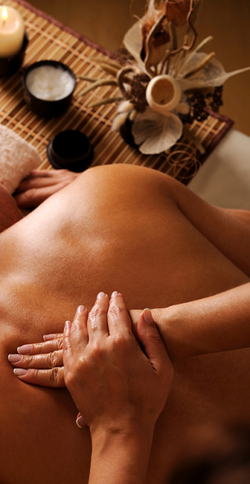 FORMER Metropoltan Police commissioner Sir Paul Stephenson ‘had no idea’ Champneys was a luxury health spa when he agreed to go there for a three week-long freebie.

As England’s top policeman resigned, he said that unlike prime minister David Cameron, he had been assured that Champneys was a big lay-by on the A31 near Farnham, littered with old condoms and dog faeces.

He added: “When my wife and I arrived we could see that this was in fact a reasonably well-appointed lay-by with eight swimming pools and a crack team of feng-shui nutritionists.

“We only planned to stay for one night but you know what it’s like when you’re surrounded by lots of lovely stuff that you don’t have to pay for.

“No-one was compromised by any of this, especially not my thighs, which, by the way, feel amazing.”

Stephenson’s resignation placed further pressure on David Cameron and raised fresh questions about whether a prime minister being very good friends with sleazy, tabloid hacks – and agreeing with them frequently – somehow represents a lack of judgement.

Meanwhile it has been confirmed that Ed Miliband has forgotten who he is and what he has been doing for the last 10 years.

As the unusual Labour leader continued to insist that News International was invented by the Conservative Party so they could kill you, insiders stressed he was either subconsciously blocking traumatic memories or that he genuinely believes he is getting away with this.

A Westminster source said: “Before he – for some reason – became a cabinet minister, Ed used to deputise for Gordon Brown at the end of Rupert Murdoch’s cock.

“If Gordon was too busy actively destroying the country, Ed would be dispatched to join the queue of eager, wet-mouthed Labour politicians.

“Blair, Brown and Mandelson were known as ‘Rupert’s Tuesday Cock-Boys’. They had jackets.

“Ed would deputise for Brown and Andy Burnham would fill-in for Blair, while Mandelson didn’t have a deputy as he always said there was no greater priority for a Minister of the Crown than Rupert Murdoch’s gooey bell-end.”

The arrest means Brooks may now be unable to tell MPs how inconceivable she is.

Rupert Murdoch has American thingys too. Experts say they are horrid and must be destroyed.

There was a big party. It was in a magical place called ‘Chipping Norton’. It was attended by many arseholes.

Actual importance of any of this still remains unclear.