Your guide to becoming a billionaire by doing f**k all, by Kim Kardashian

WHAT’S the secret to becoming obscenely rich, apart from being born already rich and knowing lots of other rich people? Here are my tips.

Do a sex tape

Making a highly personal sex tape that gets ‘accidentally’ released is a great way to get yourself into the public consciousness, because everyone is essentially a massive pervert. It helps if you can tape yourself having sex somewhere fancy, like a luxury resort, rather than by the bins round the back of Lidl.

Have a loopy family

Most people have loopy families, but to be like me yours needs to be both totally batshit and so desperate to be on the television that they will literally punch you in the face. Do loads of inane spin-offs about going on holiday, but remember that Miami is way more glamorous than Bournemouth.

If you want to get so well-known throughout the world that your bum is famous independently of the rest of your body, it helps to have a husband who is so far up his own arse that it’s surprising his isn’t massive too.

Give your children silly names

This trick has been popular with celebrities for many years because, really, what are children other than extensions of the brand? No one thought we’d actually saddle our child with the ridiculous name North West, but we did.

Exist in a time of hideously superficial celebrity culture

I wouldn’t be rich and famous for doing f**k all if people weren’t so excited about strangers on the internet having massive arses, so the joke is on all of you. 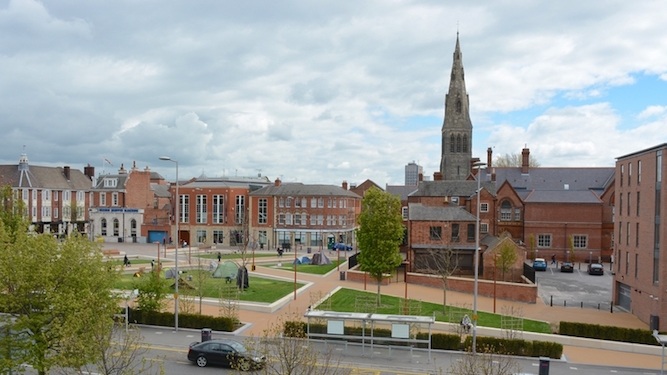 LEICESTER has demanded that the confusing local lockdown rules should be translated into its impenetrable dialect.

The city has asked the government to slur its speech and use phrases such as ‘ay up me duck’ and ‘yowve got a right cob on’ in an attempt to understand the baffling new lockdown restrictions.

Leicester resident and self-described ‘chisit’ Wayne Hayes said: “I could tell they were talking about us on the news because I could see the Walkers factory, but I didn’t have a clue what they were saying.

“The newsreader kept leaving these weird spaces in between words, many of which were pronounced in full. It’s hard to believe people can actually get by talking like that.

“Is the new lockdown going to affect supplies of bacon cobs, chuds and laggy bands? I’m frit the council pop supplies will go off.

“Sorry to be so mardy, but something that important should really be spelt out in plain English like we use here in Leicester.”

A government spokesperson said: “This explains the incoherent phone call we got from Leicester City Council. If they replace ‘stay alert’ with ‘gerrowt of it or I’ll lamp ya’ they should be fine.”