Diana Assassin 'Did Not Seem Intent On Murder'

THE MI6 assassin who killed Diana, Princess of Wales did not seem intent on murder just hours before her fatal crash, her inquest has been told.

Jean Defarge, a former barman at the Ritz hotel, said he chatted to the secret service man, who seemed relaxed and happy ahead of his assignment.

Monsieur Defarge said the agent drank only Orangina and turned down a free Ricard saying he never consumed alcohol before murdering enemies of the British establishment.

He said: “He told me he would be back later for a glass of champagne but that he could not now touch a drop because he would get ‘what for’ from Prince Philip if he cocked up.

“He was, how you say, in great spirits. He had this laser light he keep shining at people’s eyes when they walking across the bar, to make them bump into tables and things. It was a hoot.”

Monsieur Defarge said: “Yes, it was, how you say, under a blanket.”

Ironically, the man drinking at the bar next to the agent was Henri Paul, the Ritz chauffeur who was driving Diana’s car when she was assassinated later that night.

Monsieur Defarge said Paul did drink two small glasses of Ricard and did not appear in any way drunk.

He added: “He then drank another two and a half bottles of brandy and seemed, how you say, tip-top. That Henri, he could really stick it away. But his driving, it was always shit.”

Humans 'Not Evolved Enough' To Keep Quiet During A Film 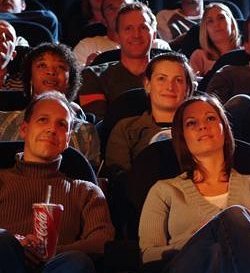 HUMAN evolution is speeding up but most people are still genetically unable to keep their fucking mouths shut while watching a film, scientists said last night.

A century after the invention of cinema, natural selection has failed to deal with a growing number of self-centred bastards who think its fine to jabber away all through the main feature.

Fears are growing that an entire new species of babbling sub-human imbeciles may have evolved, bred on a diet of hormone-laced hot dogs and nachos which taste of sick.

Dr Bill McKay, head of evolution at Dundee University, said it was clear that humanity was rapidly dividing into two quite distinct and separate races.

He said: “On the one hand we have a small group of highly evolved individuals who have grasped the complex idea that we go to the cinema to watch a film and listen to the dialogue, not what some arse in a shellsuit sitting behind you thinks about Scarlett Johansson’s breasts. We’ll call them humans.

“On the other hand we have a group of human-looking beasts who seem to think I have shelled out nearly seven quid to sit and listen to them stuff crisps into their already fat faces while they discuss where they are going to go for a pizza after the show. Let’s just call them scum.”

Cinephile Tom Logan, 27, said he now took a gun with him when he went to the pictures to give nature a “much-needed helping hand”.

He said: “I took out two whole families during a matinee screenings of the Golden Compass last week, it’s the kids we really need to kill if we’re going to stop this, they’re vermin.”

Tom Brubaker, 58, said he had been forced to choke one man to death with his bare hands during The Assassination of Jesse James by the Coward Robert Ford when he was still eating popcorn two-and-a-half hours into the near three hour film.

“There was a moment's silence and I thought 'thank God he's run out' and then the crunching started up again behind me, I turned round and the guy had a tub of popcorn that was bigger than him, and still half full.

“I just grabbed his throat and squeezed until his eyes popped into his lap, then I pulled them off and stuffed them in his mouth with another two fistfuls of popcorn. He didn’t say much after that.”