LONESOME George, a tortoise believed to be the last of his species, has expired after a 78-year drugs and alcohol binge.

Naturalist Emma Bradford said: “While George’s fellow reptiles settled down and had eggs, he continued caning it.

“Most days he would just wander around the Galapagos islands off his head, admiring the vivid colours. Tourists would give him drugs, putting pills on the ground in front of him which he would very slowly nibble at, nodding his wizened head in woozy gratitude.

“If he was feeling paranoid on a comedown he would simply retreat into his shell.”

George was the last of the Pinta tortoises, a species known for its debauched behaviour. Because of the creatures’ slow metabolism it typically takes them a decade to come up on a pill.

Galapagos tortoise Tom Logan said: “George had been hanging out with a group of iguanas that were right messy bastards, always getting on it around the rock pools.

“I said to him, you’re a hundred now, you can’t keep staying up all night with these younger lizards.

Sentimental bread advert made by people on cocaine 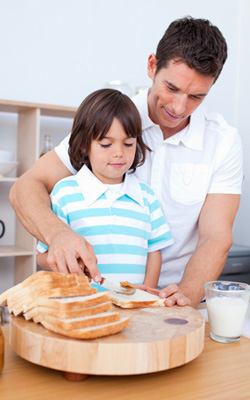 A TOUCHING, big-hearted bread advert was made by a group of arrogant cocaine users, it has emerged.

The sentimental television advertisement for ‘Granny’s Loaf’ features a montage of cloying imagery including a husband bringing his sleeping wife a ‘bacon butty’ and a child with a grazed knee being handed some toast, set to mawkish folk music. It ends with the slogan ‘Bread brings us all together’.

But despite the cloying message that heavily-processed bread somehow inspires kindness, everyone involved in its production is an egotistical cocaine user.

Advertising executive Stephen Malley said: “Granny’s Loaf is all about love, sharing and those special, priceless moments that happen when people eat some bread.

“Now where’s the gak? I’m going to do shitloads and get it smeared all over my sweaty face.”

Creative director Emma Bradford said: “We’ve got Bernard Cribbins coming in to do the voiceover at 4pm, and more cocaine arriving at 5pm.

“There really is nothing as comforting as a tasty home-made sandwich at the end of a long day. Except perhaps a massive line of beak.”