KIEFER Sutherland's hit show ‘24’ is to be produced using plot twists and dialogue entirely recycled from previous episodes to make it into the world’s first carbon neutral television programme.

Environmentally damaging filming will be kept to a minimum, with most scenes just being acted out in front of onlookers who will be asked to remember them and then tell their friends.

All car chases and explosions on the next series will be fuelled by gas produced by the actors themselves, who will eat a high-fibre vegetarian diet for the duration of production.

Once production is completed none of the shows will be broadcast anyway to ensure the impact of '24' on the environment is kept to an absolute minimum.

Mr Sutherland, who stars in the show as action hero Jack Bauer, said: “Science tells us that every day Polar bears are drowning because of global warming caused entirely by the wicked and sinful industries of film and television.

“We at ‘24’ have always done our utmost to reduce our impact on the environment by using just the one plot in our first six series along with dialogue that was completely lacking in any climate destroying originality. However, we now realise we must do more.”

Mr Sutherland said the next series of ‘24’ would also feature storylines emphasising the perils of global warming and the steps individuals could take to reduce their own impact on the environment, but only if they had been featured in other shows before.

He said the main storyline would see Jack Bauer battling a vicious group of Islamist terrorists seeking to destroy the world by leaving their televisions on stand-by at night rather than switching them off at the wall.

In one key scene 19 of the terrorists will board four separate aircraft headed for various destinations around the US, and then just sit there and do nothing but laugh as they completely ruin the planet for everyone else.

Mr Sutherland said he was already taking major steps to reduce the damage he was doing to the environment in his own life by turning the air-conditioning down a bit in all his houses when he was not there, and by telling his chauffeur not to rev the engine on his stretch limousine too much when waiting for him outside restaurants. 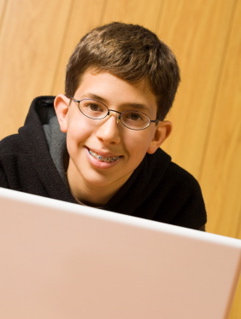 Stibbles, 14, a Draenei warrior with the Alliance, is currently managing just one act of self-pleasuring a week due to his massive online gaming commitments, compared to the four a day regarded as normal for his age by most experts.

However, he said even this solitary hand-job was unlikely to take place “for the foreseeable future” after it emerged the WoW expansion would raise the level cap from 70 to 80 while adding an additional realm and a new player class of Demon Felcher.

Stibbles said: “The increase in the level cap is a crusher. I had just reached the stage where I thought I could ease back to just ten hours a day on the game and spend some more time wanking, but that looks a long way off again now.

Jason’s mum Ellen Stibbles, 43, said she was “extremely angry” about the game’s expansion and beside herself with worry about her son’s total lack of interest in "pulling his own pudding".

He said: “Jason and millions like him have been spared a life of binge wanking, and the blindness and derangement which inevitably follows, by this latest expansion of the World of Warcraft. Hopefully, he will now grow up to be a perfectly normal obsessive player of online fantasy games and not some kind of demented pervert."