A good drought never hurt anyone: How we laughed through the summer of 1976

WORRIED about droughts sweeping the UK next? Cheer up – we just laughed off the punishing drought of 1976, says increasingly desperate climate change denier Roy Hobbs.

We just drank something else

People die all the time

Thousands died from the heat in 1976, but as a generation that grew up during the war films and Commando comics we weren’t so sentimental about death. People today need to man up and say: ‘Sorry you’re dead, mum and dad. But that’s life. You had a good innings, making it all the way to 55.’

I didn’t see any environmental damage, just swarms of happy ladybirds. Fires and drought killed loads of trees, but that’s good because environmentalists like them and I hate environmentalists. Sometimes I go out late at night and vandalise saplings. That’s one in the eye for the pot-smoking hippy car-haters!

Back in 1976 people were laughing and joking as they queued for the standpipe. My wife says everyone was just hot and pissed off, but I distinctly remember us singing songs and keeping cool in the Underground. I might have confused it with a documentary about the Blitz when I had that dizzy spell due to the heat last week, but I doubt it.

Drought is a global warming lie

In 1976 all I saw was a bit of melted tarmac. This conclusively proves manmade global warming is bollocks. The scientists realise we’ve seen through that scam, so now they’re trying to scare us with ‘droughts’. They’re conditioning us to be brainwashed slaves by only using the garden hose sparingly.

Africa has droughts all the time

They’re always running out of water in Africa, and there are millions of Africans left. In fact it seems like half the buggers have moved here! That’s me through and through, I like to educate people about the environment, but using humour. 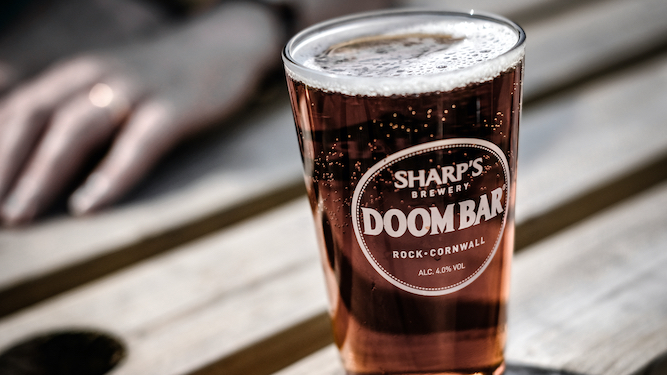 WORKING in Britain? Then a ‘swift half’ will be suggested at around noon. What does this really mean, and what will happen next?

“Anyone fancy a swift half?”

Anyone fancy abandoning our jobs halfway through the day in favour of sinking seven or eight Peronis in the Lamb over the next five hours before heading for the station and raiding M&S for two bottles of train wine for an unconscious journey that will take you past your suburban stop to an dark, terrifying ghost town by the sea?

“Shall we take this brainstorming session off-site?”

Coming up with ideas in the pub will bring fresh ideas to the table, along with many pints and the dawning realisation that you drove to work and will now have to get a bus and a taxi home, explain why to your partner, and tomorrow you won’t be able to decipher your notes on what the ideas were.

“Anywhere close where we could all sit outside?”

It’s summer and therefore your boss believes sitting outside a bar is a healthy act of self-care. Amongst the ten of you who agree, five will be fired in the toilets, three promoted to the board, and two will shag in the toilet and become engaged. All of which will go unmentioned tomorrow.

“We’ve earned ourselves some refreshment, I reckon?”

You’ve been in the office for three hours and knocked about some half-arsed ideas for tomorrow’s Frankfurt call. Head to the Red Lion to relax with four pints before wandering back at 3pm to stand in the stairwell wondering if you’re going to throw up or pass out.

“Where do you fancy going for lunch?”

The coward’s gambit, but one that, after every one of your spineless colleagues goes though the charade of shrugging and saying ‘I’m easy’, will result in four hours down the juicer and the final nail in the coffin of your career.

The opposite of the coward’s gambit, this old-school and entirely honourable way to suggest a lunchtime drink doesn’t requite any la-di-da translation. Down tools, head to the door and bollocks to work. The fast-track to senior management and retirement at 55 with a final-salary pension.