THE best things in life are free, it’s claimed, but hotel Bibles are both free and crap. Gratis stuff, ranked:

It feels free, for a bit. And it’s a growth business now cheese and butter are for the rich. Upcoming British gangster films will feature Cockney faces shoving Lurpack and Cathedral City down their trousers then meeting at a Southend lock-up to share the wealth on a pack of Digestives. But shoplifting’s only free until you get caught.

The Gideon Bible is a staple of every hotel room, in the drawer next to the bed. And anyone who stays in a hotel feels obliged, because they’re such a rip-off, to strip the room of anything of value. Teabags, shower gel, body lotion, they’re all swept into an open suitcase. The Bible? Left for the next guest to ignore.

There are two kinds of birthday present. Parents, siblings and partners get you what they’ve been explicitly ordered to get you. That doesn’t count as free because you’ll pay for it on their birthdays. But the distant aunt, who you last saw when you were eight, who sends a seven-pound pack of shelled peanuts, a dusty box of solar garden lights from 1992, or a plastic squirrel that sings Stairway to Heaven? That’s free.

Tickets to a show

People buy tickets but can’t go so give you the tickets. That’s great, except the tickets are always for Lesley Garrett Sings Michael Bublé or a show where horses sort of dance but not really, and you’re obliged to go along and say you enjoyed it and so it ends up sort of having a cost. But you still take the tickets next time it happens.

In 1983, Wham’s song transported dancers in neon-lit clubs in Swindon to a sun-kissed paradise with George Michael and Andrew Ridgeley drinking cocktails in swimming trunks and trotting about on donkeys. There were no all-inclusives in those days. Drinks were genuinely free. Club Tropicana went bust in 1984.

Those who survived the pre-health-and-safety years remember tearing open cereal boxes like a feral cat and digging with grubby hands for the free toy at the bottom. It was crap but worth more than gold to a seven-year-old. Then one dumb kid choked on a plastic monkey and ruined it for every generation to come. 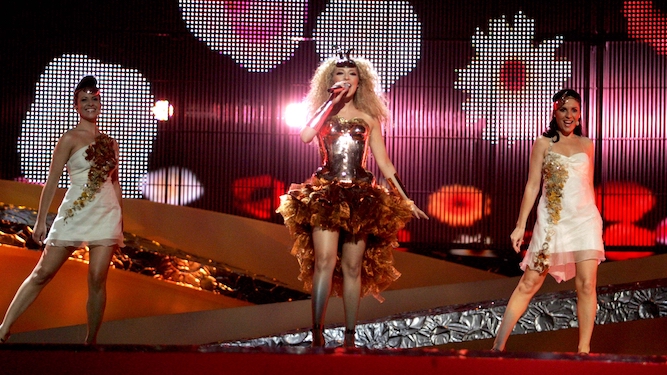 THE Eurovision Song Contest for 2023 will be hosted in the living room of a homophobic gammon, it has been confirmed.

62-year-old Roy Hobbs’s Rushmoor living room has beaten bids from Glasgow and London to host the popular song contest when it comes to Britain next year, and he is f**king furious about it.

A spokesman said: “Eurovision spreads a message of unity and acceptance through music, and nowhere is that needed more than in Roy’s front room.

“Contestants will perform their irrational pop anthems in flamboyant fashion right in front of his TV, while Graham Norton provides camp, ironic commentary from the kitchenette.  We will replace the frustrated rage and bigotry which hangs in the air with sparkling confetti.”

Hobbs said: “I haven’t watched Eurovision since Bucks Fizz. It’s a filthy farrago of far-left perversion corrupting a continent. And next year it’s taking place in the six feet between my sofa and my telly.

“I will deplore every part of it but there’s no avoiding it. I can’t go to bed without a backstage pass. So I shall have to sit and watch the entire thing, seething with anger, endeavoring not to be turned into one of those by six topless men from North Macedonia swinging around in gyroscopes.

“We should have left Eurovision when we did Brexit and had our own sensible song contest, with staunch Brits in suits singing common-sense lyrics. In the absence of that I’m backing Montenegro.”