RAISED on the Famous Five’s long summers of sunshine, mouthwatering picnics and foiling a smuggling ring? How did it compare to your miserable reality?

Famous Five: During six weeks off in Dorset catch kidnappers, find hidden treasure, uncover a bomb plot, and have a marvellous time doing so.

You: Mostly hung around aimlessly. The only crime you solved was who vandalised a swing in the park, because it you was you and your mates.

You: Sat dead-eyed in front of the telly with a friend you barely spoke to playing literally hundreds of hours of Spectrum games such as Frogger that never varied or progressed, except for getting so fast they were unplayable.

Famous Five: Enjoyed a traditional diet of sandwiches, hard-boiled eggs, fresh plums, and lashings of homemade ginger beer, all of which tasted like manna from heaven.

You: Crisps. More crisps. Fried egg and oven chips. Angel Delight. Or, if on holiday at the seaside, dry fish and chips in a cafe sheltering from the rain.

Famous Five: Would meet interesting strangers, such as gypsies, inventors or a girl who worked for the circus.

You: Got shouted at by a grumpy local bloke who claimed you were on private property, which you weren’t. Your aunt came round to tell to your mum about her hysterectomy.

Famous Five: Existed in a wholesome world that set them up to be decent and well-adjusted adults.

You: Spent your time seeking out wanking material or planning to go round to Andy’s house because he said his dad had Driller Killer on VHS, which turned out to be bollocks.

Famous Five: The Five’s parents were either absent, kidnapped, or mere enablers of adventure and providers of picnics.

You: Your parents inappropriately dragged you along to visit relatives, where they talked about grown-up stuff and you sat with a cup of tea you didn’t want, so bored you thought you might die.

Famous Five: Formed deep, lifelong friendships. After disagreements they made up and were better friends than ever.

You: Bullied your mate Colin. You’re not even sure why. Gavin stuffed some cat shit down his back. It’s probably not a summer of friendship Colin cherishes.

Famous Five: Would find a secret passage leading to a hidden cove with a boat they could take to Kirrin Island.

You: Had a plan to build a treehouse. Then you realised you had a couple of bits of wood, no tools and no suitable tree. When you went back to the potential treehouse site the next day, someone had stolen your bits of wood.

Make money, shag about, do something you're good at: six reasons for Boris Johnson to drop this comeback shit 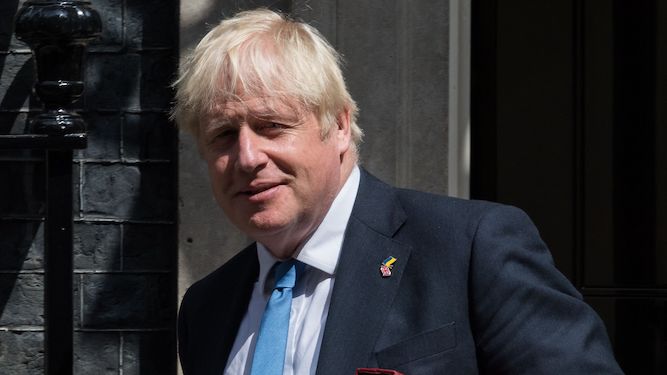 BORIS Johnson believes he can be prime minister again. Someone needs to explain to him these six reasons why he’ll be far, far happier when he isn’t:

He can make serious cash

Getting half-a-million a year for a lazy, tossed-off Telegraph column a week is forbidden when you’re leading the country, but the contract’s ready and waiting to be signed. Editor of the Evening Standard? Pissing off George Osborne while cashing in that favour from Lord Lebedev? Don’t mind if I f**king do.

He can stir the shit

And then there’s the memoir where you get to slag off every twat that kicked you out and destabilise their twat government. Serialised, of course, with fresh damaging revelations about Rishi, Javid, and every other prick who dared cross him making daily headlines. Will lose the Tories the election, but that’s their problem.

He can do something he’s good at

As a prime minister, Johnson was a f**king calamity. Out on your arse three years after a massive election victory is a towering negative achievement. But as an after-dinner speaker he’s gold, Latin jokes, roguish charm, fake bumbling and all. Plus he’ll get paid £100k a time and can cruise for a shag afterwards.

He can get back on the shagging horse

One of Britain’s most notorious shaggers has been stuck with the same bird for years now. He’s even had to marry her, because that’s what prime ministers do. Once out of office? The cock’s back out, entirely recovered from its sinus operation stroke vasectomy and ready to take on Tatler’s top totty.

He can go to America

Apart from dickheads who’ll pay £100k for a speech before he shags their wife, Britain’s sick of Boris. America, however, will lap that shit up. He says all the right-wing bollocks, he’s mates with Trump, he flatters all their prejudices about the posh English. Far better than dull woke Harry.

He won’t have to pretend to care

Giving half a f**k about others is not Boris’s strong point, because he never does and never has. Unfortunately, it was a key part of being prime minister during a pandemic. Come September he can drop all that and once again be the only person who matters in the entire world. What a relief.