Anywhere without ‘No Fly Tipping’ signs fine for fly-tipping

ANY lay-by, alleyway or domestic garden that does not display a ‘No Fly Tipping’ sign is open for fly-tipping, local authorities have confirmed.

Filthy mattresses, broken fridges and builders’ rubble can now legally be tipped anywhere further than 10ft from a sign prohibiting it, including rivers, parkland and sites of outstanding natural beauty.

“If you don’t want fly-tipping then put a sign up. If you haven’t got a sign up, then the fire-damaged three-piece suite I’m getting rid of has a new home in your parking space.

“Congratulations to the councils for cutting through the red tape strangling the self-employed small businessman.

“Just chuck that telly out the van while I’m driving. It’s fine, there’s no signs on the motorway.” 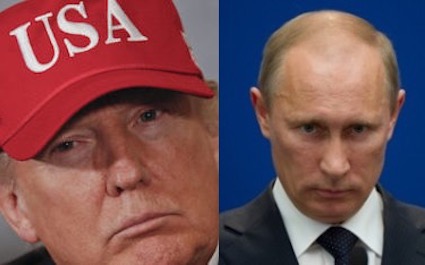 DONALD Trump and Vladimir Putin have had the first nasty row of their until-now harmonious relationship.

The couple, who have previously never had anything but good things to say about each other, have fallen out over one of Vlad’s friends who Donald says is “way out of line”.

“It’s been a beautiful romance, Vlad shyly courting Donald by hacking his opponents and Donald openly modelling himself on Vlad, but the honeymoon’s over.

“Every couple rows. They both need to ask themselves, how important is Syria to them? Is it really worth fighting over? Perhaps they’d feel closer if they bombed it together?

“Vlad has to realise Donald feels excluded, while Donald needs to understand that acting impulsively like this only feeds his insecurities.”

Wayne Hayes of Miami said: “I sure hope those guys can make things up. They’re great together. And I want to live.”