Big fat pigeon to continue being a prick to smaller pigeons

A FAT bastard of a pigeon has announced that he will continue to be a prick to other, smaller pigeons.

Large breasted bell-end pigeon Nathan Muir said that he will continue to boss his fellow pigeons about when there is bread on the floor, until someone stops him.

Muir said: “I’m the fattest, so I get to be in charge. Nobody gets any bread or grain until my fat belly is full to bursting point.

“A bit like Idi Amin when he was in charge of Uganda, or Boris Johnson when he takes over the Conservative Party.

“Fattest knobhead gets to run things.”

“But that doesn’t mean I wouldn’t like to kick one of those horrible, aggressive pigeon bastards right in its fat arse whenever I see them bullying the smaller pigeons.” 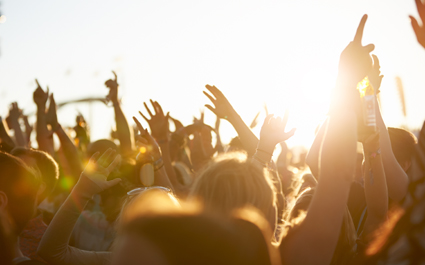 CRIMINALS aged over 30 will be sentenced to attend this year’s V Festival, it has been confirmed.

In a move to reduce prison overcrowding, anyone in their thirties or older who is found guilty of a minor crime will be sentenced to attend the pop festival and watch every act on the main stage.

A government spokesman said: “They will be expected to watch all of Justin Bieber’s set, then stay in the same spot so as to be front row for Rihanna the following day. During Rita Ora’s set they must dance and be into it.

“Offenders will also be expected the sing every word to I Predict a Riot by Kaiser Chiefs before helping the children around them find the phones they lost in the mosh pit.

“Additionally, they must ‘talk down’ overwrought and upset teenagers who ‘just want to be at home watching Glee‘.”

Criminals attending the festival will also be granted one toilet break which will be during Faithless’s set.

34-year-old criminal Tom Logan said: “All I did was steal a few cars, isn’t there some sort of massive fine I could pay instead?”