Man sponsored to do thing he would have done anyway

A MAN has raised sponsorship money to basically go on holiday, it has emerged.

Cook said: “I’m passionate about my chosen charity, although I haven’t decided what it is yet. After flights, hotels, snacks and so forth have been paid for there should be at least a tenner left for them.

“So I suppose the main charity is me, which is a cause close to my heart.

“I should stress that I’m not just going to walk around though, this is a ‘trek’. It’ll be quite knackering I expect, that’s why I’ve booked a hotel with a spa.”

He added: “It’s great to be helping out but I’m no hero – I’m just a guy who likes exotic travel and sightseeing in a pleasant climate.”

Cook follows in the footsteps of his older sister Kelly, who raised £2,800 in 2014 to do a skydive, something she had wanted to do for two years and would otherwise have had to pay for out of her own pocket.

BBC Four to become a weekly talk in a library 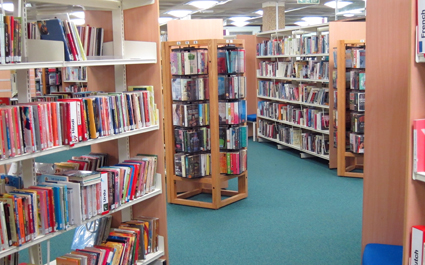 BBC FOUR is to become a series of talks with slides in a local library, it has been confirmed.

Following BBC Three’s move online, BBC Four is also leaving digital TV for a medium that is more relevant to its audience. From next week it will only be available as a series of one-hour talks held at 6.30pm on Tuesdays in Whitechapel Library.

A BBC Four spokesman said: “Our audience is old, moody and doesn’t really like television or the internet. Rather than watching a documentary about a blind French jazz musician, they’d like that information in the form of an overly long talk in a library delivered by a bearded man with dandruff. And with cake at the end.”

61-year-old Norman Steele said: “One thing that always frustrated me about about BBC Four was that after watching a documentary about canal boats, one could not ask questions at the end.

“Particularly the kind of questions that involve picking holes in the so-called ‘experts’ in a slightly sarcastic manner.”

The channel will still be showing dark European crime dramas, if the library’s DVD section has them in stock.