IAIN Duncan Smith has warned that Britain faces risk from winged, fiery death by remaining in the EU.

Clad in a suit of armour, he revealed that dragons have emerged from their Syrian caves and only severing political ties with the EU will save Britain’s maidens.

“It isn’t scaremongering to say it could happen here, too.

“The cosy, multicultural utopia painted by Puff the Magic Dragon is a liberal myth. It’s not racist to say that they should go back to frolicking in the autumn mist in their own countries.”

He added: “Also, there would be a catastrophic impact on the welfare budget if half the country is incapacitated with dragon bites.”

Woman discovers husband is a twat 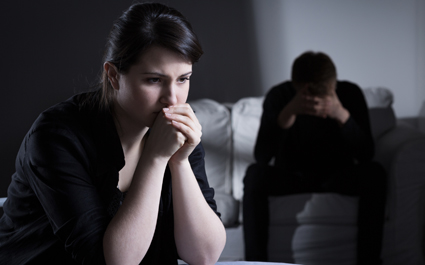 A 31-YEAR-OLD woman has been traumatised by the discovery that her husband is a bit of a twat.

Hairdresser Emma Bradford married recruitment consultant Tom Booker last year, but it was only after the honeymoon that she started to realise the truth about his personality.

Bradford said: “Before the wedding he did not seem to be a twat, in fact I really liked him. He was hiding that side of his character.”

Warning signs soon began to appear, with Booker putting a bollard in the parking space outside their house whenever he went to work, just to stop others using it.

“I discovered he would never back down in an argument, even if it meant spending three days on the internet trying to prove that an antelope was a type of massive goat.

“One time Tom was talking about doing a loft conversion and said ‘we just need to drop a few grand on it’. That was when I rang my mother and told her I had made a mistake.”

Bradford’s mother Susan said: “I knew from day one that he was a twat, but she seemed to like him so I bit my tongue. Maybe I thought he would become less of a twat as he got older.”

However Bradford has no plans for a divorce. She said: “Almost all of my friends are married to twats. The key is to keep working hard, and hopefully one day buy a house big enough that you can avoid them.”