THE prospect of a heatwave will force Britons to look at shit tattoos for the rest of the week and into the weekend.

“In the Midlands through to the North there will be outbreaks of barbed wire with roses, huge gothic script and the occasional scattered swastika.

“Our advice is to protect yourself at all times with a high-factor sun cream smeared on your sunglasses so you can’t see these fucking abominations.”

The record numbers of crap tattoos will reach as far north as the Shetlands, where forecasts predict unattractive mermaids that have grown strangely plump as their owners got fatter.

Sheridan added: “These are highly unusual tattoo conditions. Yesterday I saw a guy with a huge tat of Green Day covering his back. Who would get that?”

The A-Level student's guide to being a wanker all summer 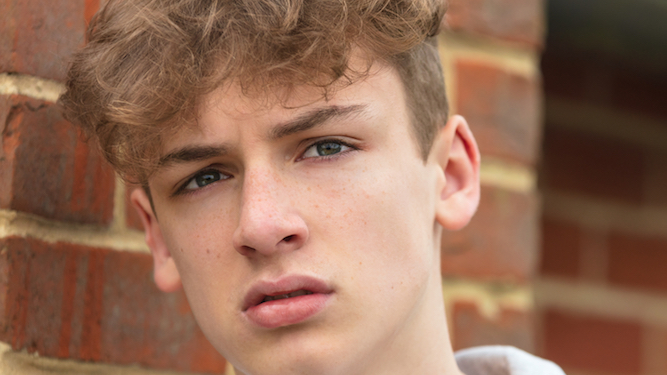 WITH A-Levels coming to an end, you’ve suddenly got loads of time on your hands for self-absorbed teenage crap! Here are some ideas for activities.

Put together a band that doesn’t do basic things like writing songs or finding a singer. Instead spend hours designing your first album cover and discussing the coolest ‘amp’.

While you’re recruiting your mate Gav – who can only play the recorder – act as if you’re already U2. No one has ever found the music industry hard to break into.

Fall in love in a shallow way

Meet that special someone who is your soulmate for life and has incredible depths to their personality. Talk about them a lot and do some secret poetry. Then have a proper conversation with them and realise they’re actually quite boring.

This is fair enough if you live on a grim South London estate or a backwater of Stoke where there’s nothing except a tyre shop and a pub that closed in 1993, but a tad self-indulgent elsewhere.

Contrary to popular teenage belief, places are not inherently shit because there isn’t a large nightclub, a venue capable of hosting the Foo Fighters or 24-hour drug dealing. You’re only going to Leicester anyway.

If you’re studying graphic design and Kelly is doing business studies, why not have your own business in New York once you graduate? You’re not sure where Rob will fit in because he’s doing chemistry, but you can easily subsidise him once you’ve made your first £10 billion.

Get a floppy one-sided haircut

These definitely do not make you look like the massive ponce Alex James out of Blur 20 years ago.