BRITAIN might think about constructing proper flood defences, but only if the country is somehow flooded again next year.

Ministers insisted it would be foolish to commit to flood defence projects as this year’s heavy rain could well be the last time it ever happens.

A spokeswoman said: “These kind of hi-tech flood defences are for effeminate continental types. Your typical Dutchman is terrified of water and cowers from it like a tiny kitten.”

She added: “Most British people want a huge amount of water in their living rooms. They see it as their birthright.

“They love to dump their sodden furniture in the street as if to say ‘fuck you nature, this is Britain and you’ll have to do better than that’.

“And surely the best thing about being old in this country is that magical day some policemen heave you onto a motorboat that’s floating in a bus stop.”

You’re not even in our top five worries, Londoners tell extremists 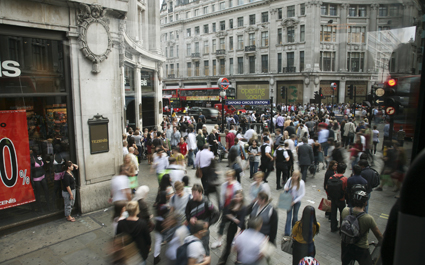 LONDON residents have told extremists that they have far more pressing things to worry about.

Londoners told terror wannabes that they will never even scrape the top five of things that plague their tired, jumbled minds on a daily basis.

32-year-old accounts assistant Tom Booker said: “I already have nightmares on a rotating basis about my barely-affordable rent, work-related exhaustion, meeting a partner who isn’t weird, growing older in a lonely city and a lingering stomach ache that I reckon is an ulcer.

“If terrorists think they can make me more scared than I already am, good luck with that. As far as nagging daily anxieties go, I’m afraid they’ll have to take a number and join the back of the queue.”

Brixton-based Mary Fisher said: “I live in a garden shed with two 45-year-old computer programmers and today I did a three-bus commute to Oxford Circus, then paid £12 for a chicken sandwich in some vaguely fancy bread.

“I deal with London bullshit every single day. I am undefeatable.”