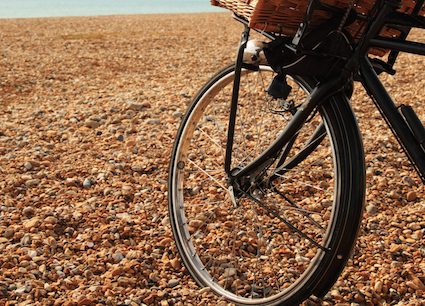 A SEASIDE town is being plagued by confrontations between rival youth fashion tribes.

Locals have been terrorised by hipsters descending on the town en masse on their Penny Farthings, facing off against Nu-Lads on their ironic BMXs.

Nu-Lad Tom Logan said: “There’s no hope for me and my generation. All we’ve got for kicks is a fashion narrative that incorporates high end and low end labels from Lonsdale to Palace and a style aesthetic that combines activewear and neoprene.”

Bearded hipster Nathan Muir said: “If these Nu-Lads fancy a tear-up they’re welcome to it. Whether it’s a Krautrock karaoke smackdown or a cupcake bake-off, we’ll meet them anywhere, any time.”

May bank holiday has been scheduled for the next major clash between the two tribes, with all police leave cancelled amid fears of passive-aggressive sneering on the pier.

Tom Logan said: “We’re hoping the boys will come down in numbers even though Nu-Lads are entirely the figment of a Guardian writer’s imagination.”