Speaking at his first monthly press conference, Brown said he got the idea from watching the Pixar cassic Finding Nemo.

"There seemed to be an entire society, including schools, housing and employment opportunities, operating successfully under the sea."

The Prime Minister added: "It struck me that such a community would be in no danger of  environmental hazards such as flooding or forest fires.

"And if all the water dried up because of a drought it would simply make it easier to play tennis or drive to the shops."

Despite being pressed repeatedly on the practical aspects of his underwater society, Brown replied, "it'll be fine" over and over again.

The Prime Minister has asked Britain's leading house builders to draw up plans for the new sub-surface homes, which will include state-of-the-art energy saving features such as solar panels, wind turbines, triple glazing and double-flush toilets.

The first aquatic town will be built in Lake Windermere, followed by similar schemes at Coniston Water, Grasmere and Keilder in Northumberland.

The Scottish Executive has already rejected underwater societies and instead plans to build 250,000 tree-houses by 2012. 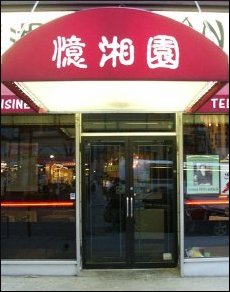 BRITAIN'S biggest insurance companies are pretending to be Chinese restaurants to avoid flood damage claims, the Daily Mash has learned.

Thousands of consumers have complained that they are unable to get through to the freephone numbers on their policy without being asked to place an order.

Denis Fynch-Hatton, from Cheltenham, said: "I tried phoning Legal and General on several occasions and each time I was greeted by someone doing a very poor Chinese accent screaming 'he no here! he no here!'.

"Eventually I did get through to someone who spoke English and was able to order prawn toast, vegetable spring rolls and kung-po chicken – and guess what? It never arrived."

A spokesman for the Association of British Insurers said: "We're very busy just now. Why not buy a can of Fanta and read a three year-old copy of Marie Claire?"

The Daily Mash attempted to contact some of the UK's top insurers yesterday: