A FOX with a lot on has just grabbed a quick mouse on the go.

Fox Tom Booker said: “Today’s totally packed, I’ve had a tip-off on a bin full of kebab boxes in a lay-by then I’ve got to head into town to pick up the cubs from under a skip.

“So this morning, I grabbed a quick mouse between appointments. Just stuck my head in the grass and snaffled one up without breaking a stride.

“There’s not much flesh on a mouse but it’s fine for when you’re in a hurry.”

He said: “I’m trying to cut down on red meat, but I’m not sure if mice count as red. They’re sort of grey.” 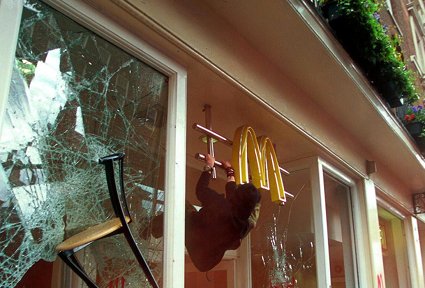 A FATHER bought Stormzy’s album in HMV and is really hoping someone saw him do it.

Bill McKay didn’t inform his wife or kids that he was buying Gang Signs and Prayer in case they knocked his confidence by laughing at him, but said he was more than happy for strangers to see him buy it.

He said: “When I was queueing up in HMV I’d be lying if I said I wasn’t hoping that the attractive girl who worked there was going to serve me.

“Sadly, she didn’t and I just had to buy it from some odd-looking bloke with a wispy beard who probably thought I was buying it for a niece or a nephew.

“That would still make me a pretty cool uncle, but still.”

McKay then went on to say he likes lots of new music though most of his recommendations come from the Brit or Mercury awards.

“Last year I bought Tame Impala’s album. Didn’t really like it but I made sure to leave it in the car just in case anyone walked past and thought, ‘I wonder what young cool bastard owns that’.”