But it was raining here, say perplexed Londoners

LONDONERS are struggling to understand claims that Britain enjoyed a day of wonderful sunshine yesterday when they did not.

Facebook and Instagram posts depicting people in the North and Scotland sunning themselves under blue skies have caused widespread confusion in the capital, which thought it was supposed to get the best weather first.

Hedge fund manager Julian Cook said: “We get the sunny days first, because we’re the wealth creators, and then they trickle down to the rest of the country which is our way of helping them.

“But yesterday when it was raining here, in the centre, people in tier two areas of Britain were somehow receiving weather objectively better than ours.

“Is it a sign? Must we sacrifice another manufacturing region to the gods?”

Blogger Susan Traherne said: “The chilling thing is that it means my experiences of yesterday – London experiences, the proper ones – were not universal.

“If this spreads, then my jokey tweets about the Tube, queuing for Venetian tapas at Polpo and living in a £1.2m one-bedroom flat could seem irritating instead of relatable and cute.”

This long tunnel proves we are sexy, say Swiss 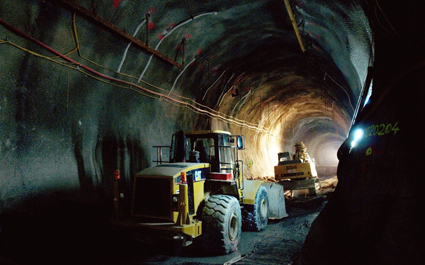 BUILDING the longest tunnel in the world proves that Switzerland is a sexy and desirable nation, says the country’s president.

The 35-mile-long tunnel, also the world’s deepest, was constructed entirely to re-establish Switzerland’s reputation as alluring and seductive.

Johann Schneider-Ammann, current president of the Swiss Confederation, said: “They say the French are hot, and all of Eastern Europe is thought attractive because their economic woes mean they are disproportionately represented in pornography.

“Meanwhile the Swiss, very attractive in a classy, understated way, are overlooked, known only for hoarding Nazi and FIFA gold.

“Well, this tunnel is long, it is deep, and it can take even the biggest train and still want more. It also links some freight routes or something, but that’s not important.”

Nathan Muir of Leatherhead said: “I have never slept with a Swiss woman before, but now I must. I will woo them with Toblerones.”